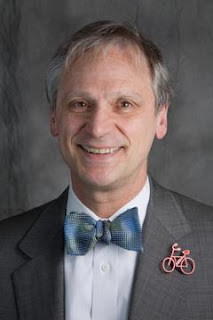 It’s not surprising that it was our own Representative Earl Blumenauer who was originally responsible for introducing the idea of Death Panels into the national conversation about health care. Oregon, after all, has long been known as the home of grey skies, rain, abject melancholy, and death. This is what makes us great. This is why we have thriving independent book stores, terrific beer and top-notch palliative care.

To be fair, he did not actually propose Death Panels per se. Or even per at all. Mr. Blumenauer merely observed that our modern way of death often reduces us to a carton of skin and pain, with a detectable electrical quiver. This is a condition that might be maintained for some time, at the expense of some other portion of the healthcare-consuming population. Medical and legal establishments have colluded to make this scenario mandatory if one has not had the foresight or opportunity to express one’s wishes. He proposed allowing Medicare to reimburse doctors for their time discussing end-of-life care for anyone interested.

Opinions vary as to how much and what sort of care one might wish to sign up for. One member of my family made us swear we’d put a bullet in her head the day she needed her butt wiped for her. I, on the other hand, might opt for a host of medical interventions as long as I am still cheered by hearing Vladimir Horowitz play Stars and Stripes Forever, or thinking about ducks. For the record, I’m fine with any one of you wiping my butt.

If you don’t understand and express your preferences, you run the risk of being escorted into the beyond mangled, miserable and late. Mr. Blumenauer wanted to make it easier for us to have that opportunity to make informed choices by talking to our doctors about our outlooks and options. It’s a reasonable position that nevertheless seems ghoulish to that segment of society that would rather hurtle towards the abyss with their fingers plugged into their ears and everything else plugged into machinery. 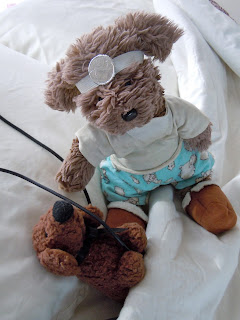 Often as not, it’s the very people who have their tickets to Heaven all punched who are most likely to want to postpone the trip for an extra couple weeks while they run their children’s inheritance through some tubes to generate blips on a screen. It’s not my choice, necessarily, but that’s what all of this is about: choices.

So, what with the “death panel” thing and all, the idea never went anywhere at first. We haven’t heard much hue and cry about the death panels lately. The hueys and criers got distracted when the Humane Society came out with a commitment to save all the dogs and inoculate them against disease, and they had to put out the word that there was an institution that puts puppies behind bars and shoots them.

But it turns out Mr. Blumenauer’s regulation is alive and well after all. Some Democrats waited until the height of eggnog season and slipped the sucker back in the health bill, slick as a suppository. Everything was fine until a memo from Mr. Blumenauer’s office surfaced that stated “the longer this goes unnoticed, the better our chances of keeping it.” 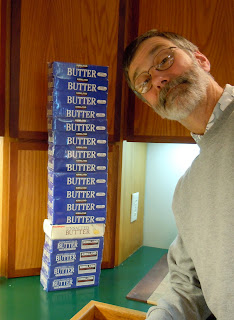 I’m being unfair. The Wacko-Americans in question are well-meaning folks who truly do not want a situation in which we as a society decide who lives and who gets the axe. Because that’s the job of the health insurance industry.

Personally, I hope Mr. Blumenauer’s idea makes it this time, which it might if we’re all very very quiet, but it’s not something Dave and I are likely to need. We’re realistic about death: we bought and used over 35 pounds of butter in December alone. We figure we might get to the end of our days sooner, but we’re going to slide right out.