Dispatches From The Crust 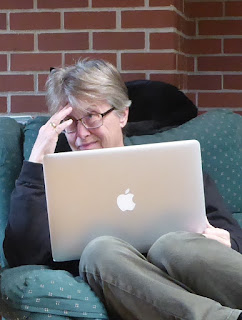 I recently mentioned that I have moments of doubt while writing. Not many, and not often, but more often than I used to. Some of the stuff I’ve learned hasn’t stayed learnt.  I wrote a sentence the other day with about fourteen more clauses in it than anyone really needs, and by the time I got to the end of it I was just shoveling in pronouns with no confidence that they were the right ones. In those cases, I get a machete and whack at my sentence until I get control of it again. But it would be nice to be certain. It’s humbling to feel at sea in my native language.

It’s not just language, though. Thanks to the social media, I’m much more likely to weigh in on other issues. I’ll stick my opinions out there like I’m planting flags on conquered territory–fervently, righteously. There are so many people who need correcting, and I’m just the one to do it. It’s easy to let fly without lining up your shot first.

So I came across a thread about all the natural disasters that are happening all over the world, and someone said climate change was exacerbating the earthquakes, and as much as I like to sound the alarm about global warming, I don’t like to attribute things to it promiscuously. There’s enough misinformation out there already, and I didn’t want to see someone set up a straw man that some Denier could knock down. Far be it from me to suggest we’re not screwed, I typed, or words to that effect, but that’s not how earthquakes work. 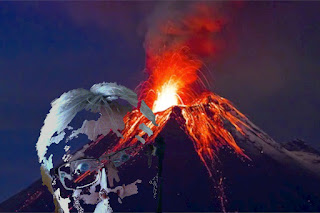 Tectonic events are shaped by things that are beneath us, not to put on airs. Heat within the earth, friction and pressure, that sort of thing. This guy contending that we’re getting earthquakes now because the crust is heating up? I suspected him of also having the inside skinny on The Rapture. So I just made my comment and flang it out there.

And there it dangled, nice and slow, so I could get a look at it. And doubt crept in. Was there something I hadn’t read about? Some new discoveries? Did I go off half-cocked? And what does half-cocked mean, anyway? How much else don’t I know? 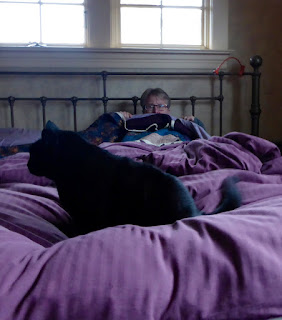 Lots, as it turns out! Yes indeedy, score another one for humility–global warming is affecting earthquakes. It’s not going to create one that isn’t all cooked up and ready to go, but it can trigger them in a number of ways. A fault ready to slip can go off if the weight of the atmosphere eases up on it because of a good low-pressure typhoon. Rainfall can result in landslides massive enough to release strain on a fault. Ice sheets maintain a load on the crust, but when they melt, the crust levitates. The surface of Iceland is rising fast as glaciers disappear, and it’s expected this release of tension will pull in more magma below. Et cetera, et cetera.


I lie in bed and think about it. Do I believe it? Our cat Tater weighs a thousand pounds when she lies on my feet. I’m trapped. There will be no rolling over until she gets up. And when she finally does, limbs are gonna fly.