Do, Do That Voodoo 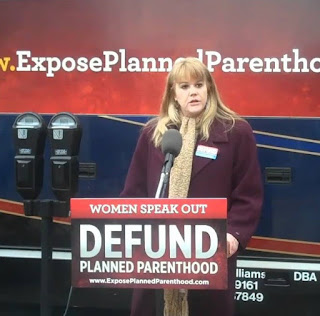 There’s been a bit of a squabble in the right-to-life/pro-choice world. It happens.

While everyone agrees that there has been a 40% decrease in the number of abortions in Iowa since 2007, the explanation remains controversial. Planned Parenthood spokesman Penny Dickey noted that the drop correlates well with the increased use of long-term contraception such as IUDs and hormone implants.

But Iowa Right To Life director Jennifer Bowen dismissed that assertion, stating that contraception has a huge failure rate. Planned Parenthood countered that the failure rate is less than one percent. Which triggered the retort that for the unlucky one percent, that corresponds to a 100% failure rate. Bowen attributed the reduced abortion numbers to an increase in baby pictures in the social media. Planned Parenthood pointed out that birth rates had not gone up at all, and so contraception, which they provide at low cost, is the only logical explanation for the drop.

Bowen declared instead that abortions are becoming rarer because of an increase in the number and intensity of people’s prayers to not get pregnant. “Iowans have finally started getting in touch with the Man Upstairs,” she said. 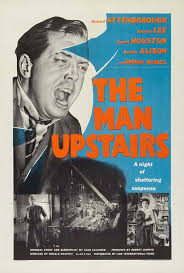 Asked to comment, the Planned Parenthood representative stared at the wall for a full minute, looking depressed, and finally mumbled something about the whole notion of “upstairs” being a relative concept constrained by the forces of gravity, and that no one really knows where, assuming there is a Man, he is; at which point everybody quit listening.

Energized, Bowen further touted the power of Iowan prayer. “Hawkeyes are a strange breed, and proof of that is the fact that as soon as they started praying more frequently and vigorously, the Man Upstairs started listening,” she said. The prayer initiative is paying off. Previously, men had been praying mostly before intercourse, and women afterwards, but now they’re doing it while they’re doing it, and the effect has obviously been remarkable. It was a natural progression; it all started with oh God oh God oh God and then it was just a matter of fine-tuning and elaboration.

“Maybe everyone was praying the contraception would work,” the Planned Parenthood spokesman muttered into a dead mike in an empty room.

“We have plans to also start incorporating various other types of prayers in order to start ridding children of different diseases while they’re still in their mother’s wombs,” Bowen went on. A website is already in the works, including a navigable menu with items such as Petition 101.68: Lead us not into dementia, and deliver us from pigmentary cirrhosis. There has also been a proposal for a special pamphlet with a Sickle-Cell Anemia prayer fold-out to be distributed through Mickey D’s. Everyone agrees it’s a nice touch for the coloreds, but then again Iowans are nice people.

The Man Upstairs is reported to be totally on board with reducing abortions in Iowa. Presumably he could achieve a zero-abortion goal any time he wants to, but he’s the sort who likes to be begged.

“We also have other plans,” Ms. Bowen went on, “but unfortunately this is all I have the authority to divulge at the moment.” Her smile remained enigmatic, but her administrative assistant was heard to say the Hawkeyes are looking real good in Escape Comet Bingo. 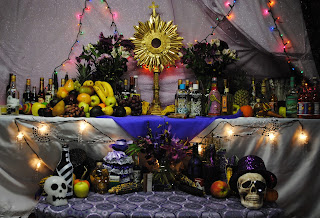 The Planned Parenthood spokesman was unavailable to comment due to heavy drinking. But other concerned factions were quick to criticize Ms. Bowen’s take on the drop in abortions. One contingent insisted that there can be no such prayer effect and nothing short of a live blood sacrifice could account for the reduction. Furthermore, an animal no less evolved than a goat would do. If you merely toss a crab in a pot, explained a spokesman for the Mambo Miracle Institute, the Man Upstairs might have reason to doubt your sincerity.