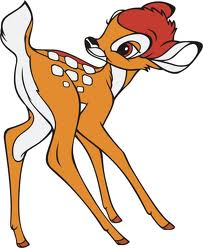 Much obliged to Murrmurrs friend Jono for alerting me to an incident in Wisconsin, wherein a certain Bryan James Hathaway was brought up on charges of attempting to have sex with a dead deer. Objections did not come from the ungulate, but from offended passersby. Many questions arise. Exactly how public was this display? Was the act performed right there on the shoulder, or somewhere towards the rear? Was Mr. Hathaway merely trying to be helpful on behalf of an overworked ten-pointer with too large a harem? Neighbors of the accused have asserted he would do anything for a buck.

Ultimately Mr. Hathaway, referred to for reasons known only to Wisconsinites as a “Superior man,” was given probation for a misdemeanor charge of sexual gratification with an animal. Felony charges were dismissed when it was discovered that Wisconsin had no laws on the books specifically prohibiting intercourse with roadkill. (Screwing the unions is okay with the state, too.) Some years ago Mr. Hathaway was, in fact, incarcerated for the felony mistreatment of an animal after he murdered a horse in order to have sex with it. In fact, he had just gotten out of prison on that charge when he was discovered sampling the venison, but he denies that the incident was a call for help, insisting he was managing just fine on his own. The determination of whether or not sex with a dead animal constitutes mistreatment was argued by city attorney Frog Press, who sounds like something of an expert.

The worst thing about the whole story is that giving it any thought whatsoever inevitably leads to thinking about Rick Santorum. 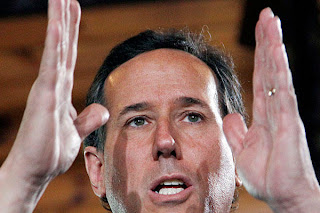 Mr. Santorum thinks about sex a lot. Sex is a major filter of his world view. He’s not fond of contraception, for one thing. He believes it is “a license to do things in a sexual realm that is [sic] counter to how things are supposed to be.” And he knows just how things are supposed to be. He got his marching instructions, “be fruitful and multiply,” straight from God. (“Be lootful and divide” came from the Republican Party.) He even disagrees with the Supreme Court decision striking down a ban on contraception, but insists that doesn’t mean he plans to actually confiscate anyone’s prophylactic accoutrements anytime soon, and you should feel free to vote for him anyway.

Speaking of straight from God, that’s the other way things are supposed to be. Gay marriage? He’s agin it, and not just for himself, although one always wonders if folks who want to keep it illegal are just trying to remove temptation. He does not believe the Constitution guarantees a right to privacy that would protect two men having consensual sex in their own house. God knows (and mentioned to Mr. Santorum), state approval of such goings-on would be like going down a slippery slope. It would be the same, says he, as “man on child, man on dog, or whatever the case may be.” Mr. Santorum is quick to explain that he does not “have a problem with homosexuals, but a problem with homosexual acts,” although it is not known whether he tried a lubricant.

This is one of the most salient distinctions between me and the senator, and why, other than that I’m not nuts, I am not voting for Mr. Santorum. I have a problem with festering pea-hearted bigotry, true, but I also have a problem with festering pea-hearted bigots. I’m narrow that way. At any rate, it seems likely that the presidential candidate will be throwing in the towel soon enough.

And when he does, you’re not going to want to touch it.