Don’t Get Me Anything 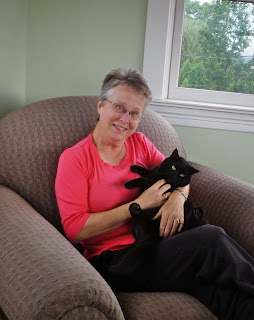 I had one of those birthdays with a zero in it yesterday. I don’t do a lot of celebrating on birthdays. Every day for me is pretty much like every other day, and that’s not a complaint. My days are stellar.

The only birthday I ever had that bothered me was my seventeenth. I thought you couldn’t be a prodigy after the age of sixteen, and that’s what I thought I should have been, so I felt officially washed up. I must’ve been quite the snot. I’m not sure what it was I was thinking to have accomplished by age sixteen; probably a novel or something. I always had it in mind that I would excel at writing even though there was nothing, trust me, absolutely nothing in the way of evidence to support that. At the time I was specializing in precious poetry with a lot of internal rhyme that sounded cool but didn’t make any sense at all. I don’t know what any of it means now, and I didn’t know then either. I soldiered away at the craft like I was driving a wheelbarrow through the mud and finally buried the wheel in what I called Writer’s Block at about age eighteen. It was writer’s block, and only real writers can have that, right? I now credit my writer’s block with being something of a truth-teller. I think it’s one of my healthier qualities: I can only fake it so long, and then I bog down. And I was totally faking it. I wanted to be a writer, not write. You should always write what you know, and I didn’t know anything. I’d have done just as well trying to grow a Walt Whitman beard.

I remember my fiftieth birthday like it was ten years ago. Dave and I thought maybe we’d haul out the old backpacks and pitch a tent up on the Timberline Trail on Mt. Hood like the old days. We’d wake up in the morning and see the sun spark the waving threads of spider silk across a blue sky. But then some dear friends from long ago showed up with love and party hats and we all went up to the mountain, and all saw beautiful things, and all slept in decent beds like sensible people, and it was the best thing ever.

It’s hard to know how to celebrate when every day’s a blessing. I just got another essay accepted to The Christian Science Monitor and Dave said “we should celebrate!” Yes! What should we do that would be better than what we were going to do anyway, which was have a beer and then a nice dinner that he cooks? “We could have a really good beer!” Yes! We could! Dave hunts in the fridge. “Looks like we just have our regular good beer,” he says. “I love that!” I say. We have that. We clink glasses.

I’ve had this weird thing since I was a real little kid. Whenever I picture a number, I see it floating in 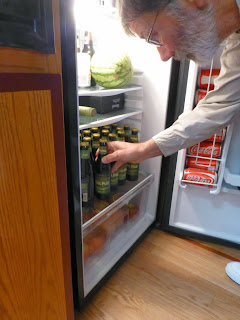 three-dimensional space with all its neighbor numbers in a twisting, meandering pattern that never changes. The spatial arrangement is set in concrete for me, but it’s not sophisticated. The numbers always change direction noticeably at the tens. One through ten wiggle around quite a bit, but then they take a right turn at eleven and stagger a little, and then another right turn at twenty and thirty. From forty through a hundred, they don’t move around as much. Not so many right angles. It smooths out. And it probably corresponds to life, such that the more of it you have stacked up behind you, the less important each individual number is. Daily dramas yawn, unimportant. Death loses its sting, even without being swallowed up in victory. But at any given age, I visualize myself perched on that number, in the space it’s occupied since I was wee, and looking at higher and lower numbers that have not changed position my whole life. I don’t see a lot of sharp turns in front of me. It should be a coast from here.