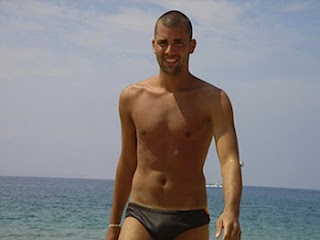 The press has pinned out another bit of laundry on the public line, and it’s tawdry enough, by some people’s standards. When Mayor Sam Adams came out and admitted he’d had sex with a boy of eighteen–and he quaintly claims to have waited until the boy had been eighteen for several hours–the town went nuts. Oh, it wasn’t the sex, goodness no, it was the lying about it. That is problematic, for sure. If he’d lied about the sex, what else is there that he might be lying to us about?

Hard to say, but I think it’s entirely plausible that if there is something else he’s lying about, it’s probably more sex. I consider it entirely possible that our new mayor has lived his very public life on the up-and-up and has nothing to apologize for or lie about except for sex. People lie about sex. They lie because they don’t consider it anyone else’s business, but they know there’ll be hell to pay if it gets out, and it might not get out. That’s substituting expediency for principle, which I don’t generally approve of (on principle), but I find it difficult to get real worked up about it in these sorts of cases, because I tend to agree that it’s nobody else’s business, myself.

In this case, even if the mayor did have consensual sex with a grown man of eighteen, which is entirely legal, he still might want to lie about it. He may not want someone in his life to know. Or he may not want to bolster the public perception that gay men prey on children, and this was cutting it a little close. Or maybe the boy was really seventeen and eleven months. Do we really want to investigate this? Bring in DNA samples and carbon-date some underwear? Does first base count, or do we draw the line just outside the batter’s box? Most public figures who are not Janet Reno have a little something going on they’d rather not talk about, and even Janet said she wishes she did.

Now if you really want to see me get exercised about a political scandal, it’s going to have to be about money. Somebody is taking kickbacks or somebody is getting free house additions or somebody is steering contracts to his rich buddies–that I want to know about. That’s because it’s my money. This particular town seems to suffer a whole lot less from those sorts of shenanigans than many others do.

I don’t know whether my mayor is going to be a good mayor or not, but I tend to trust him. One of the other quaint things about him is that he is a professional government guy. He has always been interested in how cities work and he’s gotten in on the ground floor and devoted his entire adult life to civics, immersing himself in all the minutiae of policy and budget and planning so that–I assume–he actually does have a better idea than most of us do how to run a city. I admire that. People frequently claim a CEO is in a better position to operate things than a good-government guy, but I’ll go with the die-hard wonk with a heart every time. So I don’t particularly want to see this episode bring him down.

I just think that if we’re going to be realistic, we should grow up and assume that most people have some things they’d just as soon not tell anyone, let alone tell everyone in a banner headline, and that 90% of those have to do with sex. And I think we should allow them to not tell anyone, and go about the business of steering the ship of state, or even rowing the dinghy of city. I tend to distrust the politicians who brandish their spouses and children at us, especially the ones who make a big point out of going after sexual minorities or talk a really pious morality game. Because they’re the ones who are going to be playing winkie in the bathroom stall and stalking pages and banging the maid. I take that on faith, as it were.

Sam’s got tremendous political instincts, I’ll say that; if he really did hold off until this boy’s eighteenth birthday, he was being pretty careful, and a little sweet and old-fashioned to boot. And when he finally came out with his apology, he did it on Inauguration Day, when, you know, there might have been something else to write about.

So it probably isn’t fair of me to suggest it, but I still suspect that at least some of the uproar this time isn’t really about the lying; it’s about visualizing our openly gay mayor being openly gay. He was supposed to be it, not actually do it. I don’t go in much for visualizing other people having sex, myself. Not even our handsome blue-eyed mayor. But I did see that photograph of the boy in question, and now I’m thinking of giving visualization a whirl. You all can do what you want.