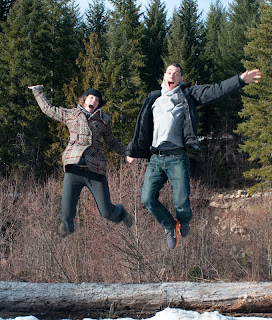 This is our first Leap Day ever on Murrmurrs, so I didn’t want to skip over it. It takes us, as a planet, approximately 365-1/4 days to get all the way around the sun and back again, and that isn’t divisible by anything useful, so we just throw in the extra day every four years, which makes people born on February 29th feel special. It’s the least we can do for them, since they die so young.

But we didn’t always do this. Julius Caesar got the leap ball rolling, in 45 B.C. It had to be nerve-wracking back then for the ancients, watching their calendar wind down, inching closer and closer to zero, with no idea that at the very last moment Jesus would come along and spin it back the other direction again. On the other hand, it probably gave them a steely view of reality that brought their own lives and work into focus, and they got a lot done. In contrast, we A.D. folk see our lives spooling out into a hazy distance, and are so confounded by the notion of Forever that we waste our time polishing up our piety to trade in on the good seats in heaven, no matter who gets hurt. Or, we play Farmville.

But before the Julian calendar, even without the tension of the dwindling years, things were a mess. The Roman calendar had twelve months, for a total of 355 days in the year, which wasn’t really enough to seal the deal, solar-wise. So they put in a fake month between February and March, but not every year. Some years would be 355 days, and others would be 377. Then they left out the bonus month at odd intervals so that the calendar would be right every 24 years. That got it close enough for government work, but unfortunately the Pontifex was in charge of deciding when to heave in the extra month or leave it out. The Pontifex was supposed to be outside of politics, but he had power and, often enough, a fondness for a certain party, sort of like Chief Justice Roberts, so if his buddies were in power, he’d opt for the long year no matter what. It was like they gerrymandered Time. Before you knew it, it was snowing in July and people were bringing hot dogs and sparklers to Thanksgiving dinner.

Worse, even if someone honestly put in the fake month right on time, it didn’t mean the word got out to the hinterlands. Those folks would charge right into March too early, and before long they knew who won the World Series before anyone else did, and totally cleaned up. Something had to be done. 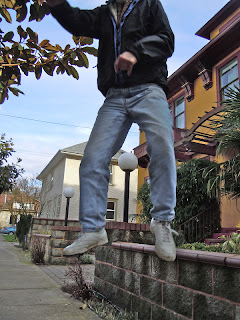 Finally someone suggested they just go ahead and make every year 365-1/4 days long, but people got all jumpy on that last day, when the sun snapped right off and fell back over the horizon just before noon. So they decided to round down and add a day every four years. For the most part that did the trick, but it still got things enough out of whack that we lost a day every four hundred years. Only the most anal people noticed; you could spot them frowning and tapping at their calendars and holding them up to their ears. These kinds of people have a way of being annoying and eventually the Gregorian calendar was developed to settle them down. It’s just a refinement; we still add a day every four years, except in years divisible by 100, mostly. This works pretty well. The other way of going about it would be to pass legislation declaring that the earth travels around the sun in precisely 365 days. That’ll have to wait for a Republican administration.