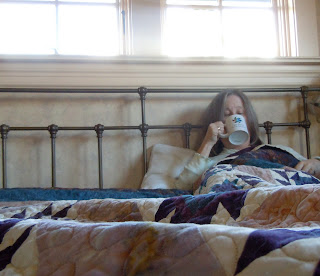 I take only two drugs, way under my basic allotment as an older American, and the nanny state wants to rip them away. And here I’ve never abused either one. Or not so as either of them has complained.

They are caffeine and alcohol, and they are the steadfast and reliable tools of my life kit. One shovels me out of bed in the morning, and the other slides me into bed at night, frequently my own. They pry open my day, springing it loose from my dull dreams; the first drug setting it up with little trumpetings, the last rearranging my very molecules into a soothing shape, gold-hued and a little foamy on top. It works for me.

I did quit both drugs for a time, although not simultaneously. I quit caffeine before I had my first mammogram when the doctor told me it would eliminate breast tenderness. And I had that bad. At the time I couldn’t jog without a Spandex block-and-tackle, and was forced to take both hands off the steering wheel to immobilize myself whenever I went over a pothole. The prospect of pouring my breasts out onto a medical griddle to pancake thickness did not appeal. I quit coffee, and as promised the entire problem went away. This was so impressive I remained off the sauce for over a year. Then Starbucks arrived on the scene and one day a co-worker bought me a cup of joe that gave my entire psyche a woody. I was so entertaining that morning that someone bought me coffee every day for a while, like they’d put a quarter in the pinball machine, until I got accustomed to it and was no funnier than anyone else.

The beer I quit for over a year, too, but the less said about that interlude, the better. It was like the Dark Ages, every day of it still clear in my memory, which is not optimal, and certainly not the way I intend to conduct my life. I owe my entire pleasant disposition to a state of perpetually renewed amnesia. This has allowed me to fend off religion, too, since I remain untouched by existential dread. 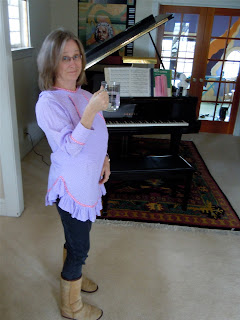 Evidently the problem the FDA is having with my drugs is when they are mixed together in a high-alcohol, high-caffeine drink. I have always kept those bad boys apart by a judicious interval of tap water, and the concept of combining them does not appeal to me. The danger of the combo is that the caffeine props the imbiber up enough that he does not notice the alcohol. Instead of crumpling languidly into a heap, he will actually hit the sidewalk running, forehead first, and then remain fully awake during the blackout, which can be emotionally scarring. Partakers can be spotted when they stagger at such a great speed that they look like Charlie Chaplin, only without the genius.

There are a number of these drinks on the market, so let’s just call it Zip-A-Dee Dodo. Their purveyors are unmoved by claims of danger. “We have repeatedly contended that the combination of alcohol and caffeine is safe,” says a representative, nervously snicking the retractable bayonet on his pistol. 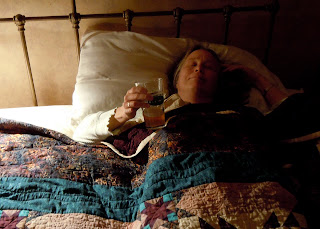 One 16-ounce can of the leading brand contains 18 ounces of liquor and 24 ounces of caffeine in a buffer of high-voltage corn syrup. The effect on the consumer is the same as can be achieved more easily by a baseball bat, with about the same amount of cleanup. I’m not motivated to try it. When it comes to my drugs, I’m a purist. The period of time between my coffee and my beer is what I call my “day.” If you have your caffeine at the same time as your alcohol, you’re liable to miss your whole day. I guess that’s the point, though.