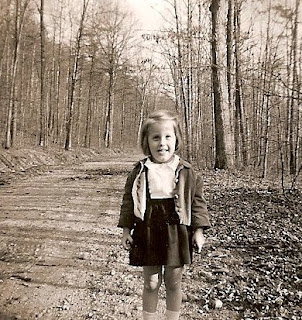 It must have been a festive atmosphere at the jail on Bring Your Child To Work Day. There was probably a limit to what could be done to entertain or educate the children, but somebody got the idea to gather them together in a circle, have them hold hands, and–just for yuks, mind you, and a little physics lesson–zap them with a stun gun. I can see how the idea could come to a person. I guess it was quite the event, though. Somebody’s mommy got all upset, and felt a lawsuit coming on.

Back when I was coming up, we didn’t have Bring Your Child To Work Day. That started in the seventies as a thing just for daughters, but in the fifties our mommies were all at home. Daddies were at work, but with all our needs met at home, we didn’t really care, or know, what they did. I still don’t know exactly what mine did.

I liked the idea of going out and playing in the sun for a half-hour as much as the next kid, but in practice Recess was sort of an ordeal. I was always the smallest and youngest kid in class. It was a snap to knock me over. When I was really little, my favorite group game was Duck, Duck, Goose. Mostly that was because it involved getting pats on the head, but there was also the giddy anticipation building up as to who would be the Goose, although it was usually me. No child in history ever tapped me for Goose and got caught. For one thing, the smack on the head always bowled me over. 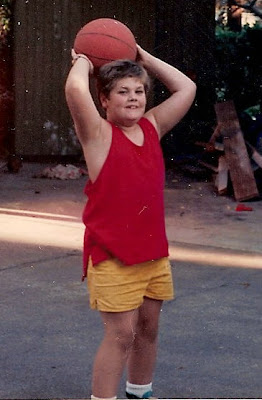 By the time I got my feet under me and scrambled up, my quarry had already run around the circle and taken my place. But it was still kind of fun.

Then when we got older, we played a lot of games with balls, big turgid balls in public-school red, and that represented a whole new technology with which I could be knocked over remotely. Mind you, I was not only little, but inept. I had already knocked myself down playing tetherball, twice. I was alone at the time.

The standard game was kickball. It was played much like baseball, only–and here’s the fun part–you could get a runner out by throwing the ball at her. In the head, hard, if you wanted to; the teachers were all inside smoking. The pitcher would roll the ball towards the kicker, who could request any of the four combinations of slow, fast, smooth and bouncy. I always called for Slow and Smooth. That was because any of the other choices was likely to bowl me into the backstop. As it was, I had to kick the ball with the side of my foot to keep from crushing my toes. So the ball invariably scooted languidly off my foot in the direction of third base, and was readily scooped up by the pitcher, who had all the time in the world to knock me clean off my slow trajectory towards first.

Other times, the game was just stripped down to its essential and sinister elements: dodge-ball. Here, all the boys whose mothers shopped for them in the Husky department lined up with evil enthusiasm and hurled the missile at each other at close range. As a small and dentable person, I cowered in the back like a sentient tenpin. Theoretically, you were supposed to try to catch the ball, but I could just as easily have snagged a meteor with a guppy net. It made a body look forward to going back inside to study long division.

I’m a grown-up now, and although I am still famously wobbly, I no longer worry much about people knocking me down. The Husky boys have grown up too; they’re selling cars and hanging sheetrock and writing briefs. A couple of the ones who were shaving in third grade are probably still out there pounding on people; maybe defending the sanctity of their third, fourth and fifth marriages. But they’re leaving me alone.