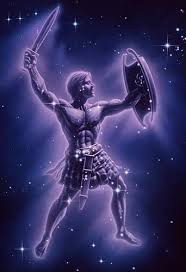 The internet is abuzz with rumors of the imminent demise of the star Betelgeuse, but it also claims that illegal immigrants are allowed to vote and Hillary Clinton has people murdered, so I wouldn’t get too worked up about the star. The huge bright star has dimmed appreciably in just the last month, however, which could be a precursor to its becoming a supernova, or not.

As awesome as that would be–you’d be able to see it in the daytime–it’s probably fruitless to spend the night in a lawn chair waiting for it. You’re liable to be chilly, and also disappointed.

Because although Betelgeuse is a big fat red star and is entirely expected to blow up sooner rather than later, “sooner” is a relative term: the human lifetime is not a standard measure for any number of things happening in the universe, no matter how we might feel about it. And besides that, the idea that Betelgeuse is going supernova at all is misleading. As a recent philosopher once put it, it depends on what the meaning of “is” is. If that sucker lights up the sky this month, it really did it in the fourteenth century, and we’re only just hearing about it. 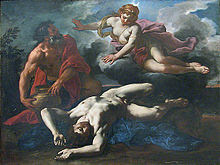 Betelgeuse is an Arabic word meaning Orion’s Armpit. Orion, the Great Hunter, is the biggest brightest constellation in the sky and viewable from every hemisphere, right where he was installed by Zeus as a favor to a couple of goddesses. In spite of a nice set of nebulas below his belt he is universally assumed to be facing us, which makes Betelgeuse the star at his right shoulder. He is instantly recognizable by his belt and by the line of stars descending from it which we’re going to go ahead and call his “sword,” and never mind what those goddesses say.

Humans take everything personally. Orion might be a great hunter to some, but in some quarters he’s a bison, and elsewhere he’s a child’s string game, like Cat’s Cradle. In any case, even if you see a sword hanging from a belt, how it’s hanging is a trick of perspective, because them stars ain’t anywhere near each other. 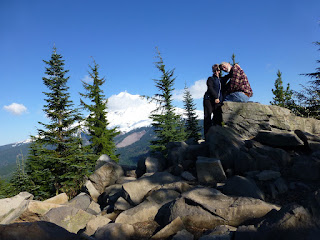 Reminds me of the time we were admiring the view from East Zig Zag Mountain, from which five serviceable volcanoes can be seen, and a young woman asked me what the mountains were. So I told her. Mt. St. Helens on the far left, then Rainier, etc. She thanked me and went back to her picnic rock where I overheard her boyfriend explain that I was full of shit, because Rainier is to the left of Mt. St. Helens.

Which it is, from Portland. But not from East Zig Zag. Mt. St. Helens could have been spewing ash and geologist shrapnel into the air and he still would have called it Rainier, which (he further explained) is much bigger than that little dinky one I pointed out. (It’s also fifty miles further away, Idiot Lips.)

So from here we see a nice big great hunter but if you could see the same stars from some other elbow of the galaxy it might totally be Mildred, The Needlepoint Artist. Hope her sore shoulder gets better.

Happy Birthday to my niece Elizabeth!