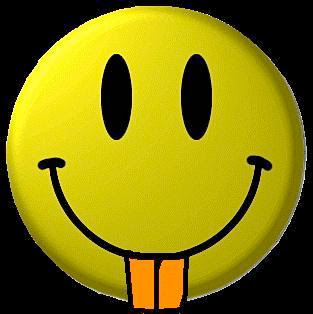 Tell me this hasn’t happened to you before. You’re up to your chest in swamp water next to your niece Elizabeth, who is gazing meditatively into the murk looking for blobs of frog eggs, and just before the sustained shrieking starts, a giant rodent swims right in front of her. It’s a nutria, in all likelihood, according to your niece’s exceptionally noisy and high-pitched description of a beaver-headed rat the size of a cocker spaniel, although identification is not certain without a sighting of the bright orange incisors. Really, any time you see something you aren’t expecting, it can give you a bit of a start.

That’s what happened to one unfortunate and excitable woman when she encountered a nutria padding down the aisles of her local Wal-Mart. For some reason, she wasn’t expecting such a thing. Low prices, always; giant orange-toothed rat-tailed beaver-headed rodents in the soda pop aisle, less often. I’m not all that surprised, myself. You can probably get a nutria to work for next to nothing. But our victim was so startled, she felt a lawsuit coming on. She was so overcome, in fact, that she ran over her own person with her own shopping cart, breaking several of her own bones. She had a decent case that the Wal-Mart management was aware they were harboring a nutria, inasmuch as all the employees referred to it as “Norman,” as in the phrase “oh, that’s just Norman.” Norman didn’t upset them, but then again they were expecting to run into him. It’s all about the expectation.

Here in Portland, we have a beautiful Japanese bell set up near the Convention Center in its own little pavilion. It’s a big handsome bell, and it would be even more attractive if it were not eclipsed by a pair of large signs warning passers-by that it could ring without warning. Well! That’s helpf 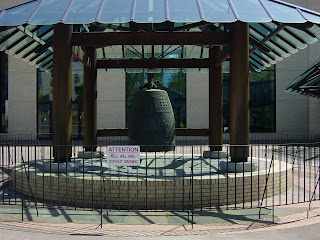 ul! One might just as well put up signs all over town, saying “Any Second Now, Something Or Other Could Scare You Half To Death.” You don’t know which second, so unless you wanted to commit to a more-or-less perpetual state of anxiety, there’s not much you can do. Really, all the sign next to the beautiful bell is saying is “Good Luck Trying To Sue Us Now.”

A startled woman in Wal-Mart could run over her own feet, pull down a display of frying pans on her own head, and stab herself repeatedly with a fork in agitation, and she would have no legal recourse if only the store had posted a “Big Honking Rodent On Aisle Five” sign.