One of the things I had in common with my mom is an aversion to having my picture taken. That’s probably because of the other things I had in common with my mom–we’re both cut out of the same plain cloth and maybe too sensitive to how it’s draping. But I’ve gotten over it. Once I started this here blog, I knew it needed illustrations so people aren’t forced to read too many words in a row. So I ended up putting a lot of pictures of myself in it. I’d rather put in pictures of Pootie, but we can’t always get Wardrobe to pick up the phone.

Which means there aren’t too many secrets anymore. Everyone knows my eyebrows went AWOL and one of them got taken over by a mole and my entire neck region is experiencing boom times, and never mind the bust. And there’s other stuff–stuff I wasn’t even aware of. “Are you flexing?” Dave asked recently, and impertinently, when he snapped a photo of me in a Rosy the Riveter pose. Yes. Of course I’m flexing. But then I see the picture, and there it is: apparently I do not own a bicep. Not even after all those 16-ounce curls.

Well! Good news! No one ever has to look bad anymore, because there’s Photoshop. You can twiddle with your photographs all you want and no one ever has to know until you actually show up at the reunion. It’s a miracle. It’s even better than the stock dummy editing features that come with your computer. Those are the ones that allow you to fuzz out blemishes and stuff. You have to fuzz them out in circular increments, so that you end up looking like the victim of a benign fungal infection, but that’s still better than reality, am I right? But with Photoshop, you can go way past fuzz, and introduce alien features, such as Scarlett Johanneson.

“You should definitely get into Photoshop,” a friend told me early on, speculating generously about my skill set. I looked into it. Right away there was trouble.  Evidently Photoshop is a Raster Graphics Editor, and I was already going as rast as I was comfortable with. It got worse.

Bitmaps are involved, in case you need little tiny directions. But the main protocol involved layers. Lots and lots of layers, clear layers overlaying each other. You could have text on one layer and pictures on another layer. You could have your own face on a layer and particularly desirable segments of Lauren Bacall on another, and eventually you get them all stacked up square and jam them together. (One tutorial referred to this as “compositing” multiple images. I don’t know if they meant “composing” or “composting” but either way you get mulch.) The number of layers, it says, is limited only by your computer’s memory. But that is not true.  Your own memory can cause you to generate an unwieldy number of layers because you don’t know where any of the previous ones went.

There are tools, but you won’t remember where you put them down. There’s an eyedropper, but it makes your layer blink. There’s a magic wand, but that’s not as slick as you’d like either. Nothing about the process seemed likely to come easily to me. But I do not despair.

Because I am the Master of the Workaround. Behold my skills, and be amazed. 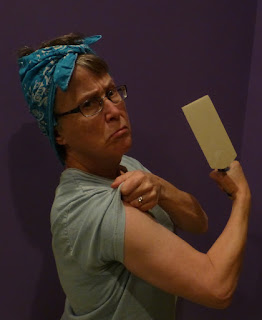 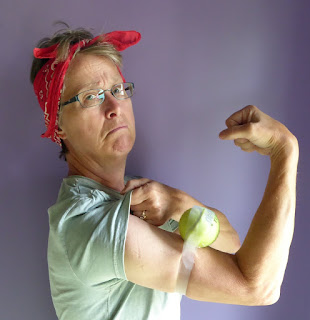 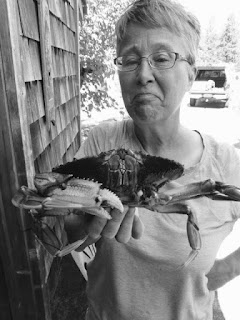 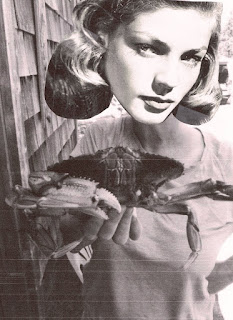