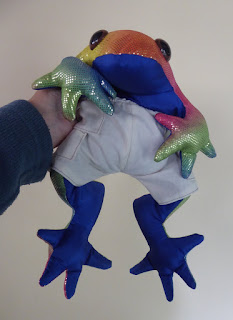 Take Madame Rene Antoine Ferchault de Reaumur, for instance, without whom Monsieur Rene Antoine Ferchault de Reaumur could never have succeeded in his quest to determine what a male frog brings to the procreation table. In the early 1600s, the state of understanding about the male’s role in fertilization was fluid, but murky. Some contended that an egg only was required. Others fingered the sperm. It was a popular belief that one or the other contained an entire miniature being that only needed plumping up, like a sea monkey. The so-called “spermists” believed the male sent the tiny being into the female where it began to grow; the “ovists” believed the tiny being was already in the egg to begin with. It was not understood in the latter case what the point of the semen was, unless it was just there for encouragement. 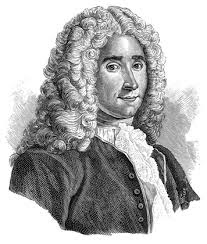 M. de Reaumur began by trying to accumulate any materials that might be required for successful fertilization, in the privacy of his own sal de bain. Ha ha! No, he used frogs. Female frogs were certainly known to produce eggs, but what did the males produce? In order to find out, he decided to outfit the little hoppers with tiny pants to contain their effluent, but he wasn’t about to make them himself. Mme. de Reaumur was used to this sort of thing by now. She duly produced a series of frog trousers, one pair after the other, refining the design to accommodate her husband’s complaints. The first pair was made from a pig’s bladder, as requested, but the leg holes were too big, and the frog kept climbing out of them. The second pair was more form-fitting, and, inspired, she added rear pockets, which ruined the frog’s line. “Taffeta, darling,” her husband suggested.

“Again with the tiny frog pants?” she muttered, the third time, only in French, and trudged off for more pig bladder and taffeta while the Monsieur went back to his precious thinking room. The third and several subsequent versions were problematic because of the frogs’ anatomy, with their skinny legs and plump paunch, but inasmuch as this was also typical of men’s physiques at the time, she knew just what to do, and soon produced taffeta frog pants with suspenders. “Voici,” she said, tightly, “and maybe Mr. Genius Fancypants Science-Boy could think about inventing Spandex some day.” 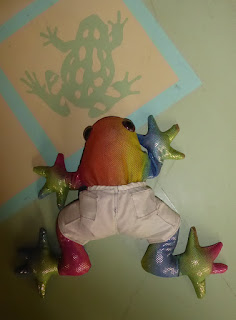 M. Ferchault de Reaumur dressed his male frogs for love, and after what appeared to be a successful introduction to the gravid females, he examined the trousers for secretions, but either did not find any, or got bored and wandered off to piddle around with geometry; in any case he did not report his findings.

After the divorce, M. de Reaumur began new experiments with frogs, butter, parsley, and lemon, and the Mme. provided for herself nicely in her new career designing loungewear for the King’s hamsters.