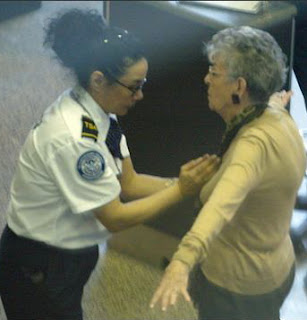 To better protect the homeland, the Transportation Security Administration has announced an enhancement of its pat-down procedures for airport passenger screening. The hand-pats of old are giving way to something described as “more of a sliding motion.” The improved method is said to be more likely to reveal something on the person that might explode, or at least swell up a little. I know I feel safer, and also a little funny in the tummy.

The technique is employed when a traveler refuses to use the backscatter X-ray screen, which produces an image of the person naked for as long as it takes the screeners to scan for suspicious packages. As a third option, there will be a small stage and pole set up for the do-it-yourself crowd.

Airport screeners are divided in how they feel about the new procedures. A number of those who were highly enthusiastic have been taken into custody for one thing or another, while many who are not in favor have complained about their workloads. “My job keeps getting harder and harder,” said one frazzled agent.  She reports that she responded to the pressure of long lines by improving the efficiency and speed of her sliding motions, only to find that her line became by far the longest. 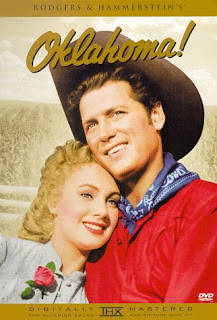 The fight against threats to the homeland has even hit the ballot box. Yesterday, Oklahoma voters weighed in on prohibiting sharia, the Islamic system of law under which, for instance, a thief might have his hand cut off. The “Save Our State” amendment was proposed by Republican state representative Rex Duncan to protect against real threats such as higher taxes for the wealthy, health care for all and various efforts to mitigate global warming. Sharia, of course, like any system of religious law, is already prohibited by the U.S. constitution under the separation of church and state provision currently refudiated by leading Republicans. But that doesn’t mean it’s not a grave threat to our justice system. Under sharia, being stoned is the penalty for adultery, not the cause of it. Animals used for meat must be humanely slaughtered, which would destroy our pork and chicken industries. And every Muslim living above subsistence level must pay an annual poor tax, calculated by the wealth, not income, of the individual. Rep. Duncan is right to be alarmed.

This is a serious issue, reminiscent of the great leprechaun panic at the turn of the 20th century, during which tiny little signs were posted at Ellis Island stating “you must be this tall to enter here.” Already reports have surfaced of bundles of sharia being smuggled inside checked luggage, with the address tags cleverly altered to read “Oklahoma State Courthouse.” The entire Muslim population of Oklahoma, Qusay and Rahib, protested that they had only planned to impose sharia in the little skinny portion of the state hanging out on the left side, but they appear to have been thwarted. In an interview, Rahib, disappointed that he will not enjoy the four wives he might have been allowed under sharia, says he plans to spend a lot of time in line at the airport.

The push to redundantly outlaw sharia law in constitutions across the country is becoming widespread. Americans had been relatively calm about their own Muslim population until agitated by the likes of Rep. Duncan and Newt Gingrich. This has led to counter-efforts on the part of liberals to repeal Newton’s First Law of Motion, which states that “every body remains in a state of rest unless it is acted on by an external, unbalanced force.”

I think it is a shame. There are some aspects of sharia law that might come in handy. I believe that if some politician is able to come in and stir up the rankest emotions of our populace to no purpose other than personal advancement, we should be able to cut off his money.