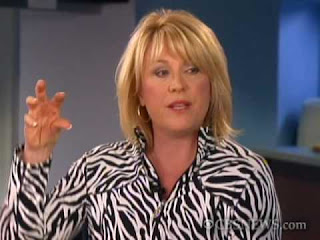 I was struck by a comment by Andrea Lafferty, executive director of the Traditional Values Coalition, who was upset by a judge’s recent ruling overturning a federal law banning gay marriage. She said: “We can’t allow the lowest common denominator states, like Massachusetts, to set standards for the country.” Well, how very hypotenuse of her. 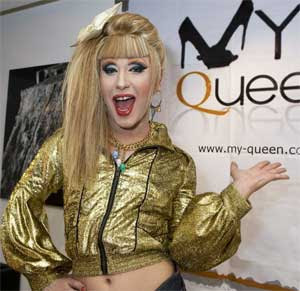 I have no idea what she was getting at by that, but I don’t think she was calling Massachusetts the smallest polynomial that is exactly divisible by each denominator of a set of fractions. I imagine she was just intellectually overcome because she personally is easily creeped out by, for instance, the thought of two people of the same or similar sex being able to cosine for a loan, which is important if you don’t live in a commutative property state. Worse yet she suspects that such people, if encouraged, might be inclined to multiply. I’ve tried and tried to understand this point of view, and respond politely, but I can usually sum up my position with one digit.
Ms. Lafferty is indeed interested in education, as evidenced by this quote on the Traditional Values Coalition website: President Barack Obama [is] quietly rushing through legislation that would actually bring cross-dressing teachers into your child’s classroom…your children will be trapped in classes taught by drag queens. God, I hope they’re math teachers. 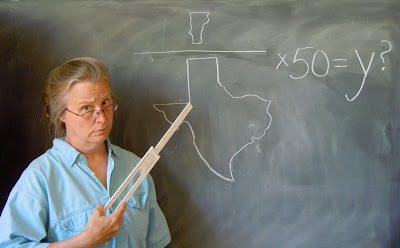 It’s a little galling to take values lessons from someone who isn’t as smart as a fifth-grader. People who can’t count shouldn’t be in charge of deciding which people don’t count. So I’d like to offer a little arithmetic primer. Visualize a fraction as one number divided by another; we can use the Mason-Dixon line as a visual aid. The denominator is a big blobby state below the line, and the numerator is a little state more on top of things. So, say, if we are trying to determine the fraction of states that uphold liberty for all, we could say that it is one Vermont-Texasth of them. See, that’s not workable. How can we have a situation we can’t even pronounce?
When it comes to civil rights, if we’re going to have one nation indivisible with freedom and justice for all, it’s going to have to be 50/50. That’s my angle, anyway, and I think it’s the right angle.
By Murr Brewster|2021-11-09T21:27:27-08:00July 17, 2010|Uncategorized|32 Comments