Foggy With A Chance Of Inspiration 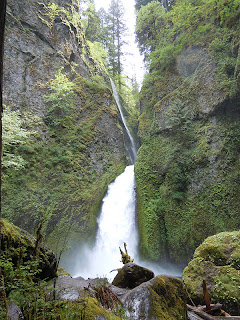 It’s January, it’s gray, it’s somewhere just above freezing and there’s enough moisture in the air to annoy moss. The sun has already indicated a lack of interest in this part of the world. It is not pouting so much as it has decided that its talents are better appreciated elsewhere. Oregonian rods and cones have shut down so tightly that the oven light makes us squint. In short, it’s the dead of winter. I like to call it that because it made my sister Margaret splutter and hoot so comically. She was from Maine where the sun shines and the snow sparkles and the air is filled with the gentle bloop bloop, plip plip of tits and balls freezing off.

This is my season, the damp dead of western Oregon winter. Many scamper off to Mexico this time of year, and others install a portable sun-in-a-box in their houses from which they hope to reabsorb their will to live, but I am among the group that thrives under cloud cover, even if the cover reaches the ground. If I do dream of a vacation, my thoughts drift north. I’ve got friends in Alaska now and the sun barely sniffs the horizon there before snapping back into its shell, and it sounds lovely to me. 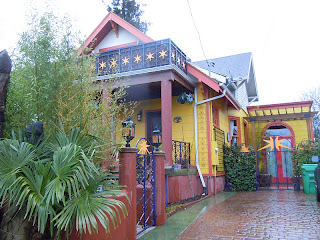 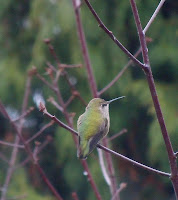 It makes me wonder if my temperament is congenital, a sturdy Scandinavian legacy. My neighbor John is half Cuban, and he’s got his house painted in eye-slapping yellow and spank-me red and seizure-purple and so on, inside and out. It’s a neighborhood attraction and I admire it a lot, but I couldn’t live there. It would feel like my house was shouting at me. John’s tropical blood was kindled with parrots and flowers and other stimulants. He tried to show us proper Cuban motion in the hips when we were taking salsa lessons, and it was so easy for him, but my hips were suspicious of the whole venture, and I could only eke out a sad little chaotic waggle like a drunk walking a line. It just isn’t in me. The further from the equator you get, the more the color drains out of the birds and flowers and animals and people. Even my own blood is not quite red but more of a light terra-cotta, due to the butter bits. My people spent a thousand years bumping along the edge of an ice sheet in frozen underwear and anything resembling Cuban motion dropped off the genome. I guess the horned helmets were enough of a compensation, because nobody thought to turn south. 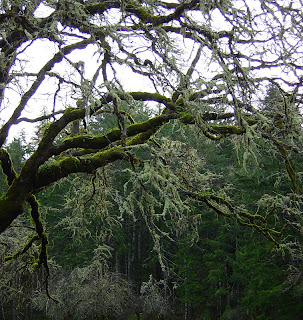 Here, we confine the tropics to hummingbird-sized pieces. Anna’s hummingbirds are here all winter, brilliant bits of punctuation. But we all have some light from within and mine, at least, burns brighter against the gray. Bare branches finger and rearrange the sky, and sometimes stars drill it and mountains sharpen themselves against it. Summer is nice enough and all, an attentive butler with a platter of pleasures, and heat for free right on the very air, but it’s in winter I make my own pleasures and bundle up my own warmth and thrum with compressed energy, like a daffodil bulb yearning for the light.