Free To Pee, You And Me 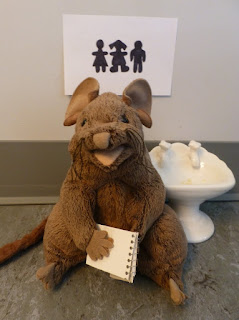 We were talking to an acquaintance the other day, and right there between the weather and the price of gas, he up and declares that people using public restrooms should be either male or female, and nothing in between. His supporting argument was that anything else ain’t right. It’s possible I misunderstood, but it seems he feels very strongly that whoever might be in a public restroom checking out his junk should be All Man. Well, okay.

I sort of get it. The Bits Allocation of people sharing a restroom with me has always been very high on my list of concerns, just under women wearing white hijabs after Labor Day.

He went on to clarify that once a guy has actually had his dick cut off, he can then use the ladies’ restroom. I am assuming that the lopping of the dick indicates sincerity.

Seeing our apoplectic looks, he invited us to explain to him why he’s wrong, but I suspected insincerity. In any case, I had things to do, and taking someone all the way back to his early education and starting over seemed like it was going to cut into my weeding time.

He’d be right at home in North Carolina, where transgendered or transitioning citizens have been cordially invited to cut down on their fluid intake. I do not know, or care, how many such people I have shared a restroom with, or thought to wonder what they were doing there. I always assume they have to pee. 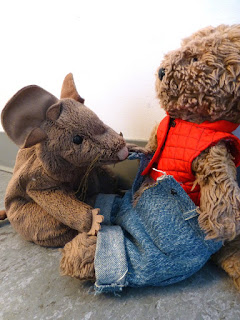 There is an upside to the North Carolina Moron Protection Act, or whatever it’s called. It’s a job creator. Now there will have to be an employee stationed at each public restroom as a Crotch Inspector. If you’re currently unemployed in North Carolina, you should look into openings in Crotch Inspection, which is, coincidentally, a job description. Me, I’m more creeped out by sharing a restroom with someone who wants to be a Crotch Inspector, but that’s the price you pay for freedom from the heebie-jeebies. The downside, of course, is that there will have to be a whole new layer of government to oversee the Crotch Inspection Force.

“Not so,” our friend insists. “Government doesn’t do anything efficiently. It can be privately run, or an all-volunteer citizen force.”

I suppose. There are already plenty of private citizens who charge themselves with making sure people’s sex conforms to one or the other of the Big Two. Here in the blue states, we call those people Assholes. Speaking of openings.

But if you’re going to have legislation like this, you’ll have to have enforcement. And that means that in the less clear-cut cases there’s going to have to be some kind of internal probe. That’s your Long Arm Of The Law, right there.