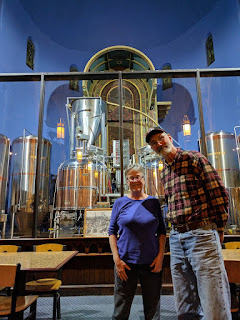 Well we packed our bags and grabbed our passports and set sail for Pittsburgh. Pittsburgh doesn’t make everyone’s list for destination cities. One imagines it to be filled with smudgy turn-of-the-century steelworkers in helmets and sturdy pants who keep themselves from jumping into the three available rivers by drinking industrial-grade beer. Probably it’s the “Pitts” part that colors the picture, but Pittsburgh was not meant as a descriptive name. It was named by a British general named Forbes who was sucking up to a British statesman named Pitt and he got the honors by doing well in the French and Indian War, so you’re not going to get an American spin on it. Otherwise it would be Steel And Sandwiches, Pennsylvania. 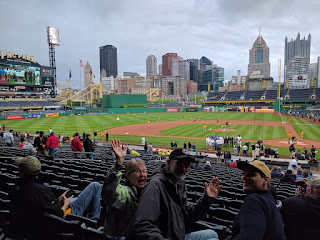 The point of the trip was to check up on our beloveds and make sure they weren’t living in catastrophic conditions. Pittsburgh is one of fifty or sixty cities that is currently being touted as “the next Portland, Oregon,” which is a fine thing. Ideally, we would discover that our friends are thriving in an agreeable town, but not one so fine that they don’t want to come back to Portland where they belong.

“Friends” is accurate enough, but Dave (Big Dave, to distinguish him from Little Dave, Store Dave, Homeless Dave, Republican Dave, and my own Old Dave) is more like our son. He is the man we greatly flatter ourselves to imagine that we could have turned out all by ourselves, assuming of course that he got only our finest traits and none of our parenting skills, which remain unproven and unlikely. Lucky for him, he was born to and raised by others and delivered to our care only when he was nearly ripe and needed just a few more spins in the polisher. He then doubled down by marrying Vivi, a miracle match he was able to find only after scouring the intertubes all the way to Brazil. Now they are together and demonstrating the meaning of love and marriage to the rest of us. In Pittsburgh. 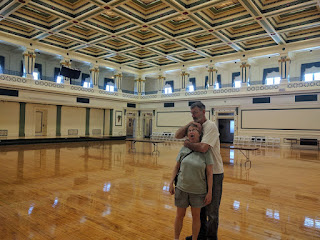 So, well, shit. Pittsburgh is pretty fine. It has an Aviary and a Conservatory and a huge bunch of forest and eight million bridges and a swell little ballpark temporarily hosting the World Champion Chicago Cubs (I like to say that just to see if I get hit by lightning), and spiffy houses in cozy self-contained neighborhoods, just like Portland, except in brick. Also, there’s a Church of Beer. 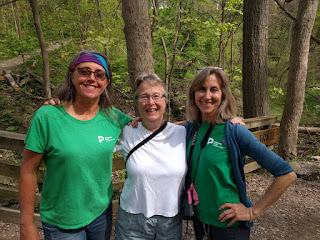 They tailored the tour to our tastes. And that is how one day we found ourselves in the very room where Hannibal Lector murdered those police officers, on the very day the director of Silence Of The Lambs–Old Dave’s favorite movie–died. And that is how on another day we walked through Frick Park where I promptly located two salamanders. This is a pretty good city, I thought unhappily, tucking the amphibians back under their logs. Perhaps it was my troubled look that led two Park Conservancy employees to ask me if I needed help. Do you have any red efts? I asked, naturally, and they weren’t sure, but suggested perhaps I could take a look in Salamander Park.

What the sequin-studded chocolate-coated gold-plated pudding-filled Heck did you just say? 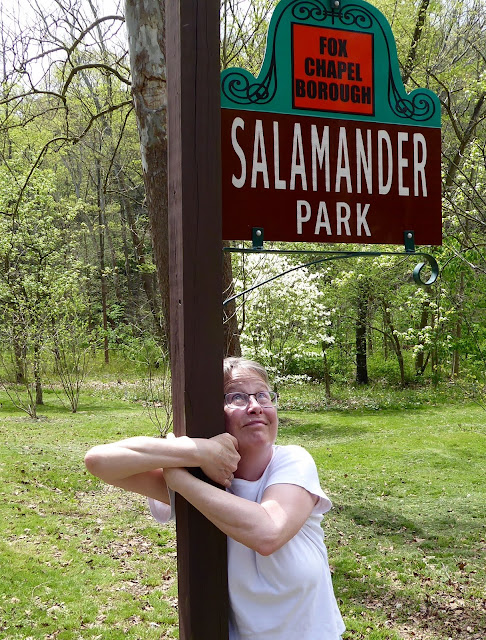