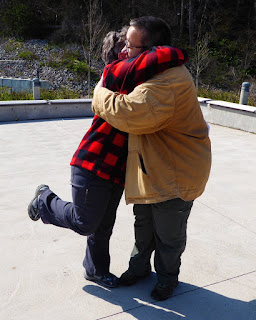 Turns out that even though they talk funny in Pittsburgh, you don’t strictly need a passport to travel there. But we were also going to Toronto, which is technically considered a different country, even though it’s walking distance. And as a different country, they like to keep track of people like us, who might have recently found ourselves in an amnesty situation. Toronto was phase two of our Friends Tour, in which we examine the surroundings of our friends and try to determine if they’re up to snuff. 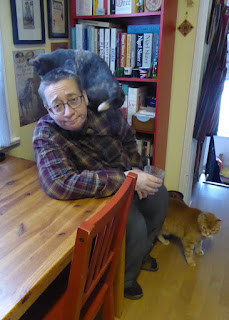 We were visiting Sara and Kelly, whom we originally met through a reliable internet dating site called Murrmurrs (“World’s Finest Commenters”). The air was breezy and cool when we arrived, and a fine mist of health care settled over the city. We immediately felt taken care of, respected, and ready to break a hip with impunity.

Miss Sara loves food. I mean–and I hope I’m not telling tales out of school about the salmon we had Saturday night–sometimes she even rubs it, and God only knows what else she is willing to do with it, but she can do it all day long. She will assemble a committee of tiny crumbled plants and fruit squeezings and speckled powders and whatnot and pack it all onto pork chops like little jackets, so they stay comfortable in the fridge all day. And after all that effort, she’ll cook them up and let you eat them. She will. 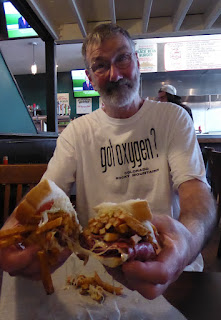 Basically, I knew I was screwed.

Because I had already spent several days dining out in Pittsburgh, where the cuisine can be considered quite varied as long as that’s understood to mean it’s all tucked between slices of bread and propped up with a stack of pierogis. And now this. By Day Eight my belly was lying beside me in bed like a new roommate that you basically like, but need to have a little talk with.

Toronto is also a city of discrete neighborhoods of brick houses separated by as many as four inches in places, which makes it seem extra collegial. Many different kinds of people live side by side without the standard rancor we encourage here in the States; everyone has a nice medium-sized fluffy dog and access to a hospital, and that probably has a calming effect.

I was unable to arrange a meeting with Prime Minister Justin Trudeau. Sara and Kelly were unwilling to make that happen, even though I only wanted a chance to say Hi and shake his. Hand. 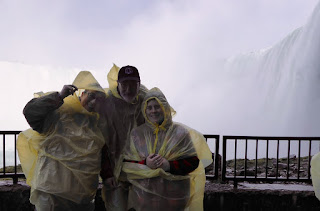 But they were willing to do anything else. They both conjured up fine birds seemingly at will, and not just your national geese, neither. Their own small back garden easily out-warblered all of Portland. And then one morning, like it was nothing, they popped us down the road a piece to Niagara Falls, because the Colossus at Rhodes was having its nails done. Niagara Falls! Damn! For a fair piece of money (Canadian, not real) you can purchase the Journey Behind The Falls, in which they stuff you in a garbage sack and send you down a shanghai tunnel, which is exciting. 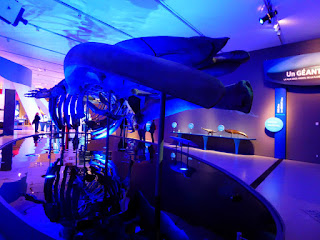 The next day they promised us a blue whale. I hadn’t even realized Niagara Falls was in their back pocket, so I was not about to scoff at a blue whale, even though they’re only on a Great Lake. But this one was at the Royal Ontario Museum. Apparently you can’t tell the male whales from the females except for the ten-foot penis and 100-pound balls, and this one was rumored to be mounted! Also they had a blue whale heart. That was a little disappointing because I had visualized it LUBB suspended in fluid in its entirety and possibly DUBB wired up, but it turned out to be a plastic model in steak form. The rest of the whale was something else. Even without any clothes on. Plus, there was a vial of whale poop. These people know how to put on an exhibition. 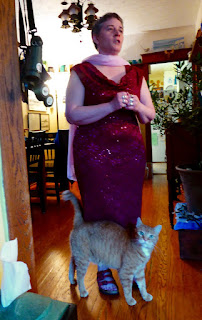 So does Kelly. How often do you get to follow up a nice dinner with a private, live performance of operatic quality from a small soprano in a spangly dress and Birkenstocks, accompanied by her cat Harry in a plaintive alto? I’ll tell you. Not often enough. But we did. Get your own friends.

And I would love to share the video with you, but I promised I wouldn’t, and I keep my promises mostly except when I don’t. Also, I filmed it Portrait instead of Landscape because I keep forgetting you can’t do that. But it was really swell. People who love you feed you and sometimes sing to you. Love them back.