Fun On A Bun There’s no better sign that the vegan movement is gaining traction than that the state of Mississippi has just banned the use of “burger” or “hot dog” to describe plant-based products. Mississippi is afraid that if consumers get the idea there are attractive alternatives to ground-up cows, they might be moved to try one. One might wonder why the state of Mississippi cares about such things, but in fact Mississippi is very attuned to the needs of even its post-fetal cattle. Ha ha! Not really, just its cattle industry, not the cattle so much. And its cattle industry does not want anything cutting into its market share.

The ostensible reason for the ban is that it is too confusing for the consumer, who might assume a “vegan burger” is full of meat. And that may in fact be the case for Miss’ippi citizens, whose educational system is not, shall we say, well-done. A certain portion of the populace might be highly tempted to try a vegan burger, imagining that it is made out of shredded vegans, and about time, boy howdy. Because if there’s one thing America can agree on, it’s that vegans are annoying and should be culled, even if they’re stringy and not well-marbled. They are annoying because they share a number of well-thought-out reasons to forgo meat and meat products, from humane considerations to the existential threat to the environment from factory farming and ranching, and mostly, we don’t. We might if we thought about it a little, but there’s bacon. And cheese. 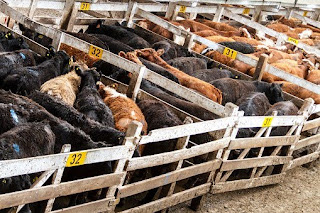 Producers of plant-based burgers and dogs believe it is unreasonable to demand that they be required to market Nut ‘N’ Lentil Pucks, and how is it the slaughterhouses get to lay claim to the burger name anyway? “Burger” is just short for “Hamburger” which is short for “Hamburg steak” and didn’t even initially include the bun, and the fair residents of Hamburg (“Hamburgers”) might well be miffed about the association; and, as well, the citizens of Sandwich, England might prefer the bread item be named after the actual fourth Earl of Sandwich, John Montagu, who invented the thing. Add in the Swiss cheese and French fries and the fact that there’s hardly a country that our president hasn’t insulted by now, and you can see we could be in a pickle, as it were.

Because if people start getting all lawsuity about this whole thing, Mississippi ranchers might be forced to sell Mashed Moo Montagu instead of hamburgers. 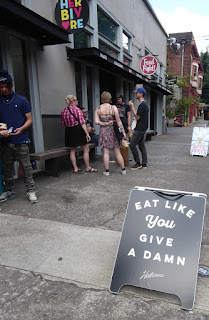 A whole other threat to the cattle industry comes in the form of laboratory-produced meat, or actual muscle meat grown in a lab, cell by cell, which, if quality control can be trusted to remove random tusk growths and hoof eruptions, rivals dead meat in every respect. Most people find the entire idea of lab-grown meat repulsive in a way that bloody slabs of cruelly-raised, shot-up, and tortured livestock simply does not.

I’m not discounting that consumers can be confused by labeling. Who among us has not wondered who milks all the little almonds, or whether a beefsteak tomato needs to be cooked to an internal temperature of 145, or if soda pop is drained from someone’s actual dad?

But the stated reason for the ban is belied by its own proponents, who say that the bill “protects farmers from having to compete with products not harvested from an animal.” Because we certainly don’t want that.


Well, it’s not just me. Even the strictest vegan can recognize Bull when she sees it.