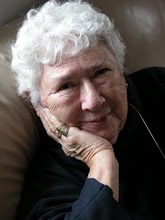 “Oh shame, oh ignominy, oh shit.” These are the words of frequent commenter Lo, who is a kick in the pants, on the eve of her 84th birthday. It isn’t the birthday that bothers her. It’s that she has to take a driver’s license exam again. Several things come to mind. One, 84 isn’t what it used to be. For much of my life, 84 was old. I knew 84-year-olds. They said “oh dear,” and “oh my,” and if they ever said “oh shit” it would trigger a fatal epizootic. My mother wouldn’t have said “oh shit” if she were on fire, but she never made it to 84, so maybe she had it in her, after all, but it hadn’t had a chance to ripen.

So I realized that Lo is not, in fact, of the same generation as the 84-year-olds of my youth. She is virtually my contemporary. Put another way, I’m old. There are differences. Lo is worried she might disgrace herself by failing the written exam, wherein you are expected to know things like how many feet before an intersection you need to put your blinker on. I used to know how many when I was sixteen, but it never meant anything to me. I could write “100 feet” like nobody’s business, but I didn’t have much of a feel for how far that really was. And now I just fling on the blinker to let people behind me know I’m pondering a move, and might slow down or speed up or slam on the brakes and crank it to the right at any time. Then I leave it blinking in case I might want to crank it again later.

They like to test old people for driver’s licenses more often because they tend to take a more ecumenical view of the driving terrain, making fewer distinctions between, for instance, the brake, the accelerator, the correct lane, the oncoming lane, the sidewalk, and the path to rapture. One’s just as good as another; some are louder. 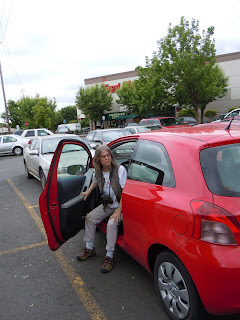 Lo isn’t worried about her actual driving. That’s another difference. I am one shitty driver. I don’t know if my shitty driving is a sign of age, because it’s nothing new, but on the other hand I seem to be getting shittier. One of my problems is that while I’m driving somewhere, my mind is on an entirely different road trip. This leads me to spring out of my car with my hiking boots and binoculars only to discover I’m in the parking lot at Costco. I like to think that my problem is I have a more developed right-brain than most, and other people like to suggest that my problem might have a pharmaceutical solution. I’ve got a good sense of direction, modified by a bad sense of attention, so I’ve had to learn coping skills. I can locate any address, but I can’t do it until I turn the radio down. Similarly, I can’t drive in the dark without Valium.

The fact is, the highways are filled with honeybees doing the waggle-dance and arrowing to their destinations; while I drive with a moth’s sensibility, my imagination providing the porchlights, adrift on a night-jasmine scent of confusion. If it’s true that what’s important is the journey and not the destination, I’m golden. I never get anywhere.

My reaction times are not a sign of age. They were always shitty. My strategy of being in poor shape at age twenty has served me well in that I rarely have cause to mourn my own deterioration. I don’t drive much worse, either, although it used to take more alcohol to achieve the same degree of crappitude.

Beyond these limitations, there is the matter of my vision. It was never good, and when I was sixteen I got contact lenses that put galloping haloes on all oncoming headlights, so that it looked like Glinda the Good Witch was barreling down on me with her entire book group. Since then I have abandoned the contacts for glasses, but something has happened that has removed all objects from sight after sundown. Probably global warming. If it’s raining, the world disappears even earlier. Dave once followed me back from picking up my car at the dealer, at night during a terrific downpour, and he straddled as many protective lanes as possible in my wake, with flashers, flares, klaxons and a case of panic diarrhea, as I slalomed over the road. He was attempting to communicate “CAUTION: STUDENT MONKEY DRIVER AHEAD.” It was a major highway but as far as I could tell it had no stripes, no shoulders, and evidently no police presence. It takes a special kind of fearlessness to hurtle into the void at 55 miles per hour; mine is the terrified kind. At this point, if you invite me to dinner, you’re best off making it an early one, unless you want to feed me breakfast too.

On some of the better roads, they’ve installed bumps on the shoulders to let you know how close you are to dead. They’re there for folks who might have fallen asleep at the wheel, but I’ve found them helpful while I’m wide-eyed awake, to funnel me back into my lane. It might be time to hang up my license. Coping strategies for driving deficits are all fine and good, but Braille really shouldn’t be one of them.