Get Me Fig Leaf, Stat! 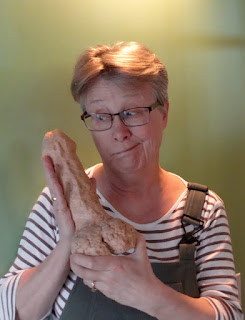 As it happens—I have no control over it–I’m more interested in looking at naked men than naked women. This concerned me back in the ’70s when I thought it was important to be open to any experience, and I thought it was probably a character flaw that I didn’t get the same feelings about girls that I did about boys. But after a while you grow up and realize your feelings are nothing more than your feelings, and you’re better off being honest about them, and why not drink beer at ten o’clock in the morning? Ha ha! Oh wait, that’s a different subject.

Anyhoo, nothing much has changed, and if I’d rather admire David Robinson from behind at the free throw line than watch an ice princess doing triple spatchcocks in flesh-colored Spandex, I’ve come to accept that about myself. I like the entire human lineup, basically, but I hew more to the masculine form. And not just because most men can pick me up like I’m a tortilla chip. Even so, it’s not the genitals that attract me. In fact, I’m not even that interested in looking at the junk.

I mean, it’s weird. You’ve got all this smooth muscle going on and that lovely shoulder form and taut neck and those hairy forearms and the chiseled, um, stern, and then there are all these squishy bits flopping around amidships like a tiny mutiny going on. They’ve got no control over it at all. Can you even imagine that? I mean, maybe half of you can. It’s like there’s a whole puppet show going on in your crotch. The underpants are just the curtain. The main character has a face, but it’s not a poker face. Nuh-uh. The supporting cast members are bobbing up and down like Muppets in the floodlights. It’s nuts! Some of it is nuts.

But it’s not really, if you don’t mind my saying so, handsome.

I can well appreciate that men are nervous about what other people are going to think of their sporting equipment, but they shouldn’t worry. No matter the proprietor, it’s all sort of silly-looking, if endearingly vulnerable. I’ve got nothing against any of it, at least at the moment. But it’s nothing I feel like I need to see.

Which brings us, as everything else does, to the current horrifying state of the world, to situations so appalling that I, like many of you, have had to cut back on my news diet just to keep from wanting to pin myself out for the vultures. We have to walk that fine line between keeping ourselves informed and contemplating slit wrists as a cure for insomnia. It’s bleak. But it can get even worse. For the second time in four administrations, we are looking at the real threat that someone, somewhere will tell the press what the President’s junk looks like. Lord, have mercy. The powers that be have always wanted to keep us ignorant. Please, please, don’t let them stop now.