The Girl’s Got Spunk 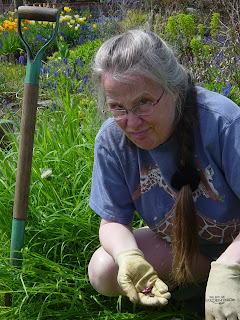 I was thinking about that woman I read about in the paper, Gisela Marrero. She petitioned a judge for permission to harvest her dead boyfriend’s sperm. She was interested in having a nice fatherless baby to remember him by, and who could blame her? A lot of women would have made do with a flannel shirt as a memento, but not Miss Marrero. “May it please the court,” she said, “I would like to do a little nut-mining.” I may be old-school, but this strikes me as creepy. I wouldn’t deign to interfere, though.

I hadn’t given it much thought before, but I’m sure that it’s possible a man’s sperm can be viable longer than he is. Just because you can’t pull the trigger doesn’t mean you’re out of bullets. I know that, because I just spent the morning trying to pull weeds before they went to seed. If you do a really good job of pulling a dandelion up by the roots, and there are a couple yellow flowers on it, you can toss it on the compost heap and the lion will promptly wither and die. But this just annoys the flower, which senses doom and goes into seed-making overdrive. It’s a little like those ghoulish French nobles who kept blinking after their severed heads had fallen into the basket. Next thing you know, you’ve got a good working compost pile with dandelion fluff scattered all ove 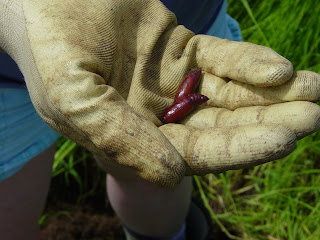 r it. Rah rah, the Circle of Life, and all that.

This morning, however, I got to the lower forty (feet), which is covered with tall grass, and pulled it all out before it had even begun to flower. I was pretty tickled with myself. The only downside was that I found a bunch of these odd little life-forms just under the soil. Several. Thousand. I have no idea what they are, but I have a feeling they’re up to no good. They may not see it that way at all, of course. They’re fixing to transform into something, and whatever that should turn out to be, they’re down with it. In general I’m willing to let Nature take care of things. I don’t interfere all that much. So I’m not going to stomp the buggers, an 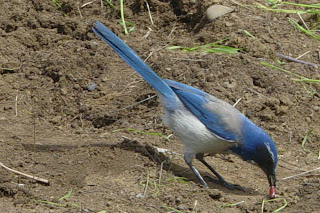 d I’m certainly not going to lay down any pesticide. But I am not above lining them up topside for a little jay buffet. It’s almost natural; it’s Nature with an assist. Miss Marrero probably saw her own case the same way, and the judge agreed.

The girl’s got spunk.