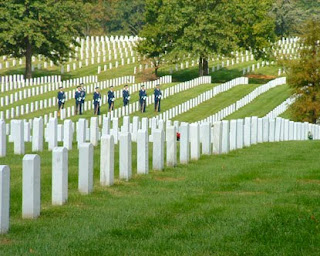 There’s a scandal brewing over at Arlington Cemetery, with the Army reporting an unacceptable number of burial errors. Not the kind that involves burying soldiers who are not entirely dead, which tends to resolve itself in a few hours. This is a matter of mislabeled, unmarked or improperly marked graves. And this is a scandal because, as anyone who has even a rudimentary knowledge of zombies knows, we like to know where our dead people are at all times.

We go to great lengths to assure this, and always have, going back to the earliest days when some people marked the spot with an entire pyramid. Nowadays we mostly use stones and plaques and plastic petunias and teddy bears, but it’s the same concept. 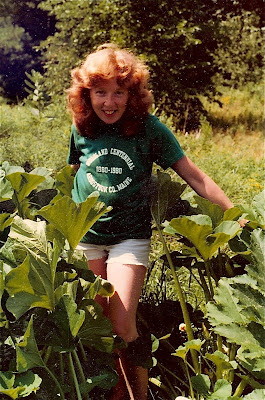 It’s more important to some people than others. My siblings and I buried our parents somewhere in Bozeman, Montana, after first reducing them to an economical shoebox size, per their instructions. I visit each of them several times a day but in thirty years I’ve never made the trip to the Bozeman cemetery, and I don’t think they mind. The shoebox size takes up less space. We did the same thing with my sister, who would never have taken up much space anyway. Her ashes were turned into the soil of her bodacious vegetable garden, where she spent some of her best time, and now–I snuck a peek a year later–she is marked by a massive bean plant. I go back and forth on whether to tell the current homeowners why their vegetables are so big.

It did always strike me as an odd use of the scenery to plant people full-length in rows and rows, even though I enjoy walking in cemeteries. How is it we haven’t run out of room? Apparently in many locations we have, and have taken to stacking up. They won’t do it to people who are just a little dead, but the deader you are, I guess the less you mind.

Another way of taking up less space is to save only the head, which is standard procedure in cryogenically frozen people. I find the thought of preserving my head horrifying and would never consider it, unless maybe I’d had some work done. These people have arranged for this treatment beforehand in the hope that they can be revived when whatever killed them is cured, and they’re okay with coming back as what can only be termed an extreme quadriplegic. One of these outfits dropped the ball a while back and accidentally thawed someone out, then refroze him, and his still-limbed relatives are hoppin’ mad about it. But what if they come up with a cure for cancer and still haven’t conquered freezer burn?

The problems at Arlington stemmed from the conversion of the records from paper to digital. They’re lucky they only misrecorded some names. If I’d been in charge of the project they’d have to change the name of Arlington Cemetery to The Blue Screen Of Death. Still, I guess it’s a horrible thing to go to all the trouble of visiting a loved one and trimming up the grass and putting out a jar of peonies only to find out that the target bones of your affection are several yards away. It’s like voting for the Clear Skies Act and discovering it was really the Polluters’ Preservation Initiative all along. 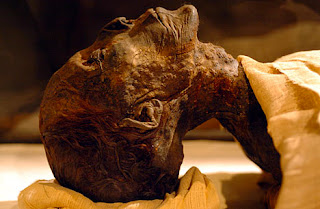 The whole matter becomes even more complicated if you’re not sure if someone’s even dead or not, which can happen if they watched a lot of TV. Not too long ago, the folks in Japan were out looking for their officially-oldest man and when they knocked at his door, they were turned away repeatedly by relatives who did not want to disturb his rest. It turns out he was already thirty years past disturbing, tucked into his bed with a blanket over his mummified remains. If people are old enough, they don’t look much different from mummies, but still. You’d think his relatives would have noticed something when they tried to get him to sign the deposit slips for all those pension checks.