Hanging Up Your Bird 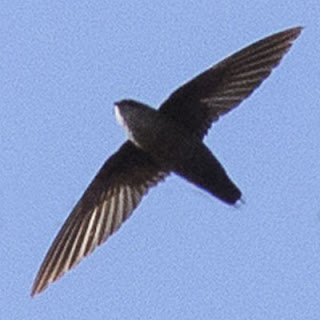 I am always little and often hungry, but I am otherwise nothing like a Vaux’s Swift, a few billion of which just showed up in town the other day. They’re way up there in the sky flapping like mad and chirping and nabbing bugs out of the air. They’re busy as hell.

Vaux’s swifts are invariably described as cigar-shaped, even though the swifts have been around a lot longer than the stogies. And anyway it’s not so much a cigar as a big poorly-rolled doobie, of the kind people used to roll when you could get an ounce for ten bucks. I am not cigar-shaped. I am Venus of Willendorf-shaped. This makes me less aerodynamic than a Vaux’s swift. However it does mean if I land on the ground I will not roll very far, whereas if a Vaux’s swift lands on the ground, it’s totally screwed. Its feet are too little and its wings are too long to get airborne again. It would be like trying to levitate a canoe. If you ever do see a Vaux’s swift on the ground you need to pick it up and heave it into the air and wish it the best of luck.

Other ways to tell me apart from a Vaux’s swift: they get up first thing in the morning and work all the blessed day long. They don’t rest. Most of our songbirds are plenty busy this time of year but they still park it from time to time and watch the world go by. Not those swifts. They’ve got nothing to park with. Their little feets can’t perch, and the best they can do is sort of hang themselves up inside a tree or a chimney with their little claws, like a work shirt. They can’t sit in a tree any more than a person with a conical butt can sit in a recliner. So all day long it’s flappity flappity with a more or less constant chatter. I don’t know what they’re saying but it doesn’t vary much. Probably bugs bugs bugs or yum yum yum. 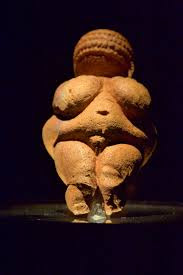 That’s a lot of work but it’s worse than that. They have no plan for retirement. Some swifts can go ten months without landing. They sleep in the sky. If I woke up and discovered myself high in the sky I would freak out, but swifts are cool with it, and would take it in stride if they had anything to stride with. Yes, swifts eat, sleep, drink, and have sex in the air. They do make nests if they find someplace to hang themselves up in. But it’s not going to be a branch or anything they can usefully weave nesting materials around–they have to hang themselves up somewhere and glue sticks to the surface with their own spit. If you have a nesting swift in your chimney and discover a baby bird in your fireplace, you should pick it up and stick it higher up your chimney, and it will keep skritcheting higher until it finds its nest again.

They’ve stuck little hats on birds to detect if they really sleep on the wing and discovered they even have REM sleep, during which they dream about showing up for the final exam on bug ID even when they hadn’t gone to class all year, or giving a speech (yum yum yum) without any feathers on. Sometimes birds sleep with half their brains and keep the other half on the lookout, but sometimes they shut down the whole computer, usually while on a nice updraft. And maybe that works out a lot of the time, but if it doesn’t, they can always make more swifts.

Keep an eye on your fireplace though.