Have A Nice Rest Of Your Day 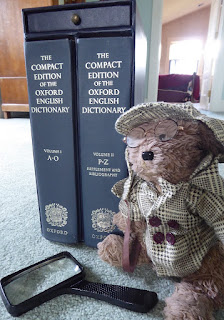 We’re all thinking too hard about what we say and how we say it. We have a wonderful language, English: it’s sly, it’s supple, it’s wieldy. But we’re larding it up.

I get why. I understand that we might want to think a little more carefully about what our words really mean, or used to mean, or could be interpreted as meaning. And we certainly don’t want to offend inadvertently; another word for “politically correct” is, arguably, “considerate.” Maybe we can increase awareness with our word choices. That’s all good. So why does it sometimes make me want to drop some nice anvil-sized Anglo-Saxon chunk into my prose?

Take a recent article in The Oregonian. The headline refers to the “homeless.” A few phrases in and we’re talking about the “houseless.” Okay: point taken. Someone might very well consider his tent or station wagon his home, and we’re not here to shame. Later in the same article, it was “people experiencing homelessness.” 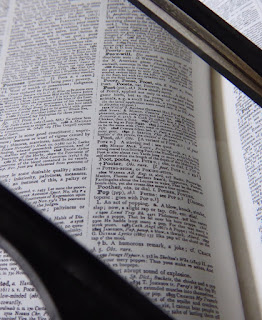 This is where I start to feel prickly. I understand we need to avoid suggesting that homelessness in a person is a permanent or innate condition, although that is nothing I would have assumed, but we’re starting to grow barnacles of clauses on a perfectly understandable phrase. I personally don’t attach any more or less judgment on “homeless person” than “person experiencing homelessness,” and maybe some people do, but I think there’s some value to being able to toss off a sentence and get all the way to the end of it without sirens of righteousness going off. Can’t we just talk?

People even overwork greetings. I’ve heard many fellow curmudgeons bristle at being told “No problem” when they thank someone. I never thought bringing me a cup of tea would be a problem…why can’t you just say ‘you’re welcome?’ Well shoot, sugar. It’s just a new convention. “You’re welcome” didn’t arise as a response to “Thank you” until 1907. Probably before that people said “It was my pleasure to be of service” or some such fanciness. “Goodbye” used to be “God be with ye,” but sometimes you just want to cut it short and walk off, okay? 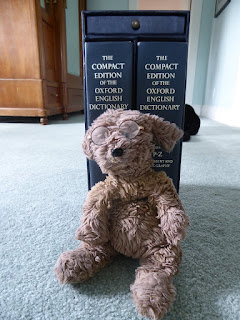 So why now do I keep hearing people tell me “Have a good rest of your day?” Do we really need to acknowledge that half the day is gone already and may or may not have been a good one but we sincerely hope that all goes well from now on? Is that really necessary? We’re overthinking this. I know people mean well, but this is English. The whole beauty of it is we have a gigantic unrivaled mongrel vocabulary and we can still be right snappy with it. We can herd bison with it or chase rabbits with it. We can fling it around any which way.

That’s why a phrase like “tiny-fingered tangerine shit gibbon” is so satisfying. If we spoke French, we’d have to sit through “Monkey with the long arms, of the fingers minuscule, of shit, orange.” If we were German, we’d cram the whole thing into one Capitalized word and glue it up with spittle. The first is like doing thrust-and-parry with a baguette: you’re pretty sure someone’s insulted you, but you’re also pretty confident you can take him. The second is like having a side of pork dropped on your head. It’s too much. English is spare and bright. English is punchy. We should celebrate that.

And so I end with a small, bold suggestion. When I was growing up in the ’50s in Virginia, “colored people” was what the neighbor lady said when she was feeling polite about the Nigras. Obviously it had to go, and it did. We’ve cycled through a few ways of saying the same thing since then. Often as not, now, we say “people of color.” And that has expanded to include not only black people, but many more varieties of human, such as Latinos, or Pakistanis, or Pacific Islanders. Which makes it a pretty useful phrase, especially in an environment in which non-white people share common…concerns. Where they struggle to power through the rage and fear of a dying majority, and the scoundrels who exploit them for political gain.

But I submit “people of color” is clunky. We’re not French. It’s been at least forty years since I’ve heard anyone under the age of 80 call someone a “colored guy.” Seems to me the stain of derision has worn off. Is it still too soon to bring back “colored people?” Yes, it does imply that the default Person is white and everyone else has to lug around a bunch of modifiers, but so does “person of color.”

To my ear, now–not sixty years ago, but now–it has a warm, jolly sound. “White” is cold and bloodless and sterile, and the shoe fits, so I’ll have to wear it–but “colored people?” That’s a bowl of goodness. That’s sun and song and laughing on the front porch and fellowship and family and home cooking drifting from an open window. That’s community. And that’s English.