Herd On The Street 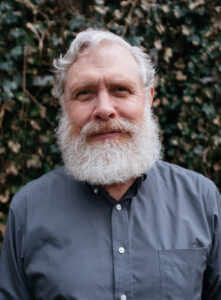 Dr. George Church, world-renowned gene wrangler, stands in his darkened laboratory and surveys his setup of artificial mammoth uteruses. Large pulsing blobs, thumping and whirring, glow pinkly from the infrared lamps beneath. All is well. The stretched biono-skin ripples and rises from the movements of fetal trunks and tusk-nubbins. Dr. Church’s tusk-nubbin rises a little too. He has every right to be proud.

The technology, by George, works. By this time, Dr. Church had hoped that it would not be necessary; that his woolly mammoths would be fruitful and multiply on their own, but such was not the case. Something about the sterile environment of the artificial wombs had apparently led their occupants to grow up sexually attracted only to pufferfish and manatees, few of which thrived in Siberia. So the Womb Room Boom continues apace.

The idea, ostensibly, was to return the Arctic ecosystem to something more like what it was before humans came on the scene. In particular, Dr. Church and his funders hoped the mammoths would reinvigorate the original grassy tundra, possibly insulating the soil and keeping it from melting and releasing methane. And it is easier to re-create a species that disappeared 10,000 years ago than it is to, like, taper off oil.

Unfortunately, unforeseen problems have cropped up. Efforts to monetize the mammoths through eco-tourism have faltered because no one really wants to spend much time in Siberia. And everyone had failed to anticipate the climate implications of mammoth farts. Local indigenous populations have soured on the enterprise, especially since a number of reindeer stompings have been reported, and reindeer herdsmen have demanded compensation. Scientists are loath to harm any of the huge creatures from the two current herds (Pachy One and Pachy Two), but regional governmental entities have found it more politically expedient to sacrifice one or two, if it can be determined which individuals are responsible. However, it remains difficult to find the culprits. Experience elsewhere with wolves and grizzlies has led to a number of ways to identify a problem predator, from tooth and claw marks to DNA in poop. But since mammoths are obligate herbivores, scientists must examine their foot-wrinkles for reindeer chutney, and no one is paid enough to do that.

Still, all of this affected only a small number of reindeer herdsmen, and the mammoth herds as a whole were not seen as threatened, until photos circulated around the world of a mysteriously flattened pet dog outside of Novosibirsk, and outraged Westerners called for the elimination of the mammoths, even though they were thousands of miles away from the pancaked pooch at the time.

“It’s not natural,” complained Moscow influencer Sergei Plotznik, “We just want things back to the way they were.” When pressed, he clarified that he meant the way they were when he was twelve, not 10,000 years ago.

Dr. Church scoffs. “Maybe we need to get back to the way things were before we got here,” he snarled, “since we’re the ones that caused so much destruction.” Immediately the biology world began to buzz about the Big Do-Over, beginning with cloning Lucy, our Australopithecus ancestor, portions of whom are still available for gene-plundering. Interest was high at first, until it was pointed out that she was really short. “Ew,” the world collectively said, hoping for a more attractive option. “Besides,” the world collectively went on, “we start over with Lucy, and in another three million years we’re right back in this same fix again.”

What we really need to do, many contend, is just have fewer of us. “Way, way fewer,” said one scientist, off the record. Many methods for depopulation, from plague to war to famine, are already under development or actively being pursued, but none of them hold much appeal to anyone.

In the absence of a sound plan to reverse global warming, Western civilization has retreated to a more attractive proposition: avoidance through entertainment. “Woolly mammoths are neat-o,” Western civilization says. “Let’s make a bunch more, only this time let’s make them way smaller. Purse-sized.”

“Send me some Pomeranians,” Dr. Church mused, stroking his beard.