Hot Off The Press 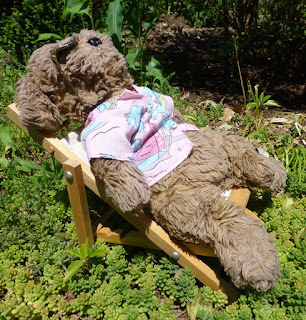 June 4th. It’s over a hundred degrees in Portland bless-my-liberal-heart Oregon. It’s unprecedented, since Calendars. Hell, since trilobites, probably–but let’s get real. It’s not July, and it’s not Dubai. It’s fucked up, is what it is.

So now I would like to take this opportunity to thank our newspaper of record, The Oregonian, for taking a courageous stand against accepted climate science. Yes, I know any given individual day of weather is not predictive of a change in climate. I know that kind of thing, because I am literate in science, and I am not on the editorial board of The Oregonian. I also know, unlike the editorial board of The Oregonian, that we are, collectively, seriously screwed.

I get it. Climate science is uncomfortably accuse-y. It points a finger of blame. At us. And we can’t have that. We’re nice people, just trying to accumulate a little money, and we’re not trying to wreck anything. So if you write a reasonable article about human-caused global warming, you’d better put in a trigger warning. For stupid people, who do not want to be reminded they’re stupid. Enter The Oregonian.

This time The Oregonian is all upset because the Portland Public Schools said they wouldn’t accept any curricular material that suggested climate change wasn’t real, or huge, or human-caused. The Oregonian claims that’s not really scientific. Real scientists don’t stifle controversy. We must teach the controversy! Remember when we merged the Home Economics Department with Religious Studies when someone found that image of Jesus on a pancake?

And our best teachers and scientists are all about having an open mind. They truly want to Teach The Controversy, except when Mercury is in retrograde, which makes them feel hesitant, something the climate-change deniers could surely sympathize with; and also, they don’t like to work with their heads up their asses, because it gets their spectacles all smeary.

But I get it, Oregonian. No sooner do all the climate scientists of the world come up with a thumping consensus about climate change than other folks feel compelled to be contrarian about it. It just feels right, to go against the grain. The more thousands of climate scientists line up against you, the bigger your contrarian woody is. And hey: the science of climate-change-denial is a slam dunk. They used to say eggs were bad for you, and now this. Screw Science. Am I right? Weren’t we always able to sit down in a faux-leather seat and transport ourselves twenty miles to a big-box store just to pick up chips and a twelve-pack?

Damn right we were. That’s why we like to hear from Dr. Gordon Fulks so very often, and fortunately The Oregonian gives him a big ol’ platform several times a year. Dr. Fulks comes with an antique Ph.D and a solid grasp of thirty-year-old science. And he’s easy to find, because he lives in the basement at the Cascade Policy Institute and never misses feeding time, when they throw down the antelope haunch.

Dr. Fulks says we’ve had global warming before. Lotsa times! It’s natch’l! Such as in the old days when we had monster forest fires and gigantic flatulent termites and raging volcanoes, a time Dr. Fulks probably remembers with some fondness. 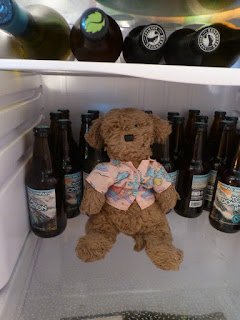 It’s not like we haven’t been messing with the carbon balance for thousands of years, what with our stripping of the forests, and our tilled agriculture, and any of a number of other practices that have steadily pumped carbon into the air. Of course we didn’t get super efficient about it until about 150 years ago, when we started mining out the really major carbon deposits and frying them into the air as fast as we could. Holy moly, what a ride we’re having! Cars and jets and rockets, faster and faster and faster!

It’s all totally normal. There’d be nothing to conclude from it, if the graph for our carbon emissions didn’t fit so perfectly inside the graph for catastrophic global warming. But it does. It’s slick as a knife in a scabbard. Or a head up an ass.