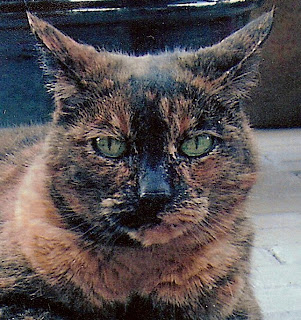 I just read this. Apparently if  humans go in for radiation treatment on their thyroid glands, they are instantly sent home, free on their own recognizance, which is legal for “out on their fanny.” The reason this is odd is that if your cat goes in for the exact same procedure, she is quarantined for three or four days while her radioactivity wears off. And if anything, your average human is much bigger and more radioactive than any cat, except the jug-butt one down the street that probably has a thyroid the size of a bagel. The real reason they punt out the human patients is it costs five thousand dollars an hour to be housed in a hospital, even if you’re in self-wiping condition, and the insurance companies would rather take their chances sending you home on the bus where most of the other passengers are probably uninsured.

They’re pretty strict about the cats. I sent my cat Larry in for the procedure after I made her promise to live another three years. It’s expensive. It was just under a thousand bucks at the time, and available only in two places in the whole state. I felt lucky we were only twenty miles away from the facility. I imagined the radiation involved a huge machine and the cat would be splayed out and duct-taped down and passed through it while it buzzed and bonged and Dr. House smirked at her from the observation room. So when I came in the door and traded my boxed kitty for a sheaf of papers to fill out, and she was whisked away, I asked when the procedure would be done. “They probably already did it,” the receptionist said. Huh? “It’s just an injection of radioactive iodine,” she said. “It goes straight to the thyroid gland.” Nine hundred and some dollars for an injection? “And the boarding,” she pointed out.

Boarding means Larry is in a little cage for three days with a camera trained on her so that we could visit her from home via our computer. We studied the grainy image for days. It was the quality of a convenience store security camera. “That’s her, all right,” Dave said. “She isn’t moving.”

“She’s asleep,” I said, hoping that was what she was. The second day a tabby came in wearing a ski mask and made off with her kibble. 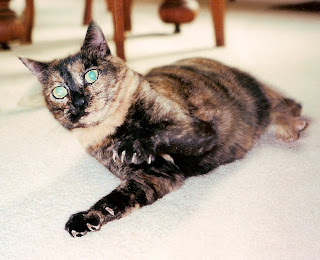 They’re serious about the radiation thing. When I picked her up, I was given a list of instructions. Her bodily waste was to be considered highly toxic for a month. We got a special bag of lead-pellet litter and sturdy sacks and two-foot tongs and a prayer book. Everything was to be double-bagged for a month and put directly in the garbage can outside. We were to avoid getting close for a week–no lap-sitting. It was unnerving. I listened for a hum from the cat and reminded myself she’d always had green eyes.

Disaster struck immediately. The combination of being shot up and kenneled for days and crated and put in a car unraveled Larry’s last tether to sanity. When we pulled onto the freeway, she suddenly cut loose with three days of liquefied radioactive poop. The crate looked like something had blown up in the microwave and the stench could have dropped a moose. Larry kept up a siren yowl while I drove home doing 85mph with my head out the window, mostly in my lane, and once home I held the crate out as far from my body as I could and dropped her on the mudroom floor, still yowling, and phoned the clinic in a panic. 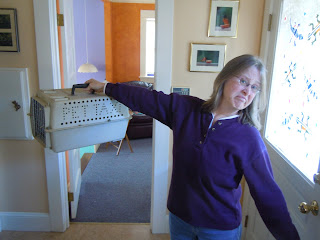 “My cat, crate, and parts of my car are covered in radioactive shit and I’m not supposed to touch her. What do I do? Put her in the alley and open the hydrant?”

They were very calm and instructed me to wash the cat in the sink and clean everything up and everything would be fine, by which they meant the statute of limitations on their liability would expire before I do. I suppose there was nothing else to suggest. 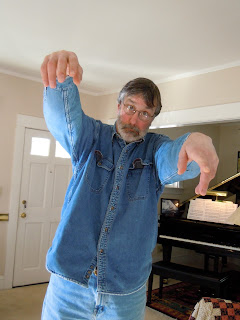 I don’t see why people don’t get the same treatment. I wouldn’t want a camera trained on me at all times, because I’d never get my nose picked, but all kinds of people are happy to, and they end up on magazine covers and the whole country knows them by first name. The people defending the release of radioactive humans from the hospital point out that people can be trusted to follow instructions regarding their own effluent and maintain a proper distance from others, which is not true. Many adults of my acquaintance are capable of filling their shorts at any time. And if Dave came home radioactive and was told to stay several feet away from me, he would rise from his chair and lurch towards me all tilty with his arms out and a zombie leer, just to see me scream and run away. He could do this all week, and never tire of it. This is a fact.