How To Live Forever 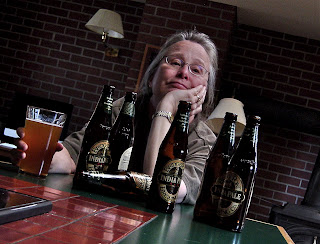 It has recently come to my attention that, at 56-1/2, I may be more than halfway done with life. I’m not taking that to the bank yet, but it’s a good reminder to start taking care of myself. At a certain age, we should all have a plan for health. I’ve got mine.

Women my age must, for instance, guard against osteoporosis. Old people, and women in particular, are subject to a dangerous thinning of the bones. These can deteriorate to the point that they will turn to powder at the slightest exertion–for instance, throwing the Belvedere into reverse or pounding the armchair during The Price Is Right. It’s not something you want.
But a recent medical study showed that beer drinking is conducive to the building of strong bones. This is thought to be due to the prevalence of the element silicon in hops. Imperial Pale Ales, which, gosh, happen to be my favorite, top the list of beers most likely to fight osteoporosis at 41.5 mg silicon/liter. None of this surprises me. I have yet to feel at all fragile 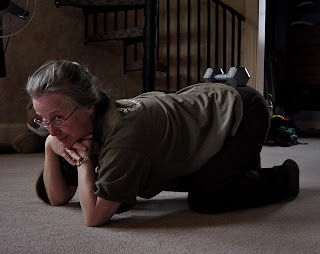 even at my age, and I fall down all the time. I’ve always kept up a healthy rate of IPA infusion, and if I bump that up a little more, I should have a skeleton that will outlast my coffin. Later I’ll look into why I fall down so often.
According to the Healthy Beer study, light lagers, at 17.2 mg silicon/liter, bring up the rear in osteoporosis protection. And since we have brought up the rear: carting around a massive one also happens to fight osteoporosis. Weight-bearing exercise builds strong bones, and your own personal weight counts. There is no need to run around carrying weights if you can grow your own. With this in mind, I plan to further increase my beer intake until my rear has reached planetary mass and density. It’s a win-win.
According to my plan, I shall have developed a skeleton of steel in a few short months. And this should give me a framework sturdy enough to hoist my own enlarging liver (win-win-win). I don’t worry much about the liver, because worrying causes heart disease. Besides, the liver is the only organ in the body capable of regenerating itself, which is a little tidbit I have been counting on. You do want a reasonably healthy liver; it keeps a lot of your other important parts from sliding down too far. It also produces bile, but with right-wing radio 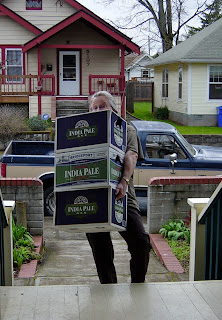 picking up a lot of the slack there, we do not need to count on it so much from the liver. The liver is also the largest organ of the body, and rests just below the diaphragm, which explains why I was never able to locate mine when I lost it back in the seventies.
So the only thing you really need to be careful of, with the liver, is that you can blow the whole thing in no time with the right mushrooms. But really, you can blow a lot of things with the right mushrooms.
By Murr Brewster|2021-11-09T21:30:04-08:00March 17, 2010|Uncategorized|27 Comments