How To Make A Big-Ass Horse 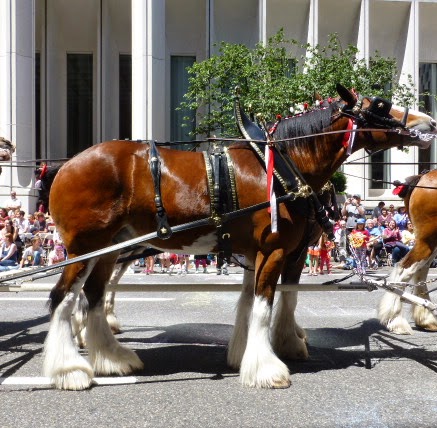 We went to the Rose Festival parade this year, which is weird. Parade-watching doesn’t work out that well for Dave and me. We start out curbside, but Dave suffers from being as considerate as he is tall, and as people worm their way in front of him to see, he keeps stepping back and stepping back until eventually we discover we’re all the way back home again. But this time we found a spare spot right downtown and parked our butts in the front row.

Turns out it really matters to be up close. That’s how you find out how truly large those Budweiser Clydesdales are. I mean, we’ve all seen them on TV, but it’s an entirely different thing to have one clop by and put the other side of the street in total eclipse. Holy shit. You could put the whole family on one of those: the kids on their bellies in the middle with a Monopoly board between them, and Mom and Dad reclined on a blanket with a bottle of wine and the Sunday paper.  They could get up and stroll over to the withers and back for exercise. A couple of those skinny houses could go up alongside the hocks and no one would even notice right away. 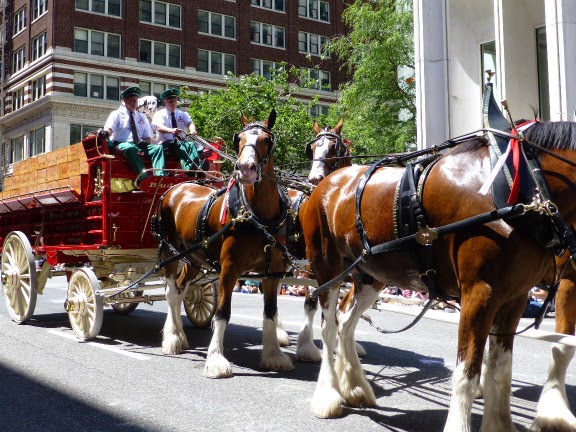 They are big-ass horses. Regular horses are big enough, but they’re little green houses on Baltic Avenue compared to the Clydesdale’s hotel on Park Place. They have feet like kettledrums with a big fur bustle. Plus, they prance. No one laughs at you if you prance while large.

big. Three hundred years ago someone drug in some stout Flemish stallions from Flemland and got the ball rolling. They started out strong, but they weren’t all that tall, as those things go. They were exported all over the place to do work such as hauling coal and building Australia, and it wasn’t until the 1940s that someone decided they could be taller. That way they would look cooler in advertisements in case the Super Bowl ever got invented. So essentially we’re talking just a few generations to polish up a modern Clydesdale.

It’s something to think about if you’re dubious about evolution. Take eyes: we find the first fossil eyes in 540-million-year-old strata and it’s estimated it might take only 400,000 years to go from a dab of light-sensitive cells to a complex eyeball. The dab of light-sensitive cells couldn’t do much but let you know when it’s bedtime. Once the cells had organized themselves into a cup shape, they were able to tell how strong light was and where it was coming from. After that it was just a matter of refinement, and all kinds of critters did it. Octupi made eyeballs by sinking pits into their heads and, independently, vertebrates made them out of a part of their brains they weren’t using for anything else, but both operate much the same way. 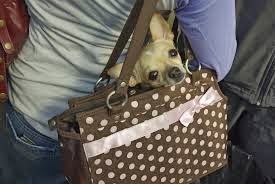 We’re all basically organized dust, which is pretty terrific, if you ask me; but if you ask some people, they’re rather offended by the idea. They’re not buying the eyeball thing. They might not even believe the modern horse emerged out of a skittering critter the size of a fox in only fifty million years, even though entire Clydesdales were assembled right in front of our complex eyeballs in no time at all. And that’s nothing:

We went from Grey Wolves to Barking Purse Hamsters in a few thousand years.