How To Make Money On Your Ass 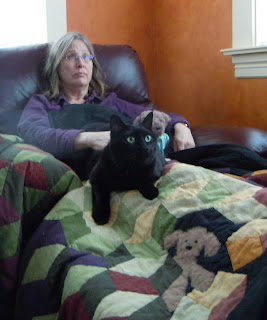 Viggle has created a new app for the iPhone that rewards you for the time you and your fanny spend parked in front of the TV. And I say it’s about time. We’re not doing this for our health, you know. The phone recognizes what shows are on and awards you points for minutes spent watching–more for certain shows, and bonuses for commercials. Accumulate enough points and you can win a five-dollar credit at Burger King. The Sloth Fairy slides the credit right into your phone, and you can redeem it if you ever scrape yourself off the sofa. To thwart people who cheat by leaving their phones in the TV room by itself, the app will be triggered by a methane detector. Viggle is hoping to increase the size of the TV audience, and this should do it.

I spend more time than I probably should watching TV. My intellect is too weak to overrule my body, which overvalues physical comfort, and whenever I’m comfortable I do not care to be dislodged. If I’m stretched out on a recliner in a quilt with a lap mammal and a remote, torpor ambles right to the top of my list of virtues. I also have a real hard time getting out of a hot shower, where you don’t even really need to leave to pee. Bed is the best of all. I won’t get out of it until I have to. I sleep in a cold room under a stack of quilts high enough to press a diamond out of a briquette. I can ignore a sense of duty for hours before removing myself. The last time I felt as good as I feel in bed, I was in a uterus. 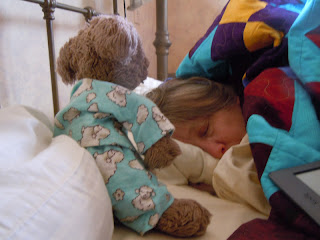 We don’t use any fancy devices and have only an old-fashioned cable TV, so our habit is to find a show we like and a channel that syndicates it and schedules it hour after hour for months on end. The Boston Legal years are a blur. Next up was the House marathon. We’ve seen every episode of House three times but keep thinking there might be one we’ve missed. I began to suspect I had spent too much time in front of the tube the day our neighbor’s basement flooded. A committee convened, but nobody could figure out where the water was coming in; the walls appeared dry; it seemed possible it was coming up from the sewer through the bathroom drain, but there was no good explanation. Things were getting tense, as they always do when men are equally confounded but don’t think they can pitch a hissy fit in front of each other. After about a half hour of batting around possible diagnoses, I found myself thinking:  it’s sarcoidosis. It’s always sarcoidosis. Except it couldn’t be sarcoidosis, because we’d only been there a half hour. In another fifteen minutes it would look like rhabdo or a rare tropical infection. I poked at the wallboard thoughtfully, with an air of engagement, and let the men puzzle it out, confident that the solution would arrive at the 55-minute mark. 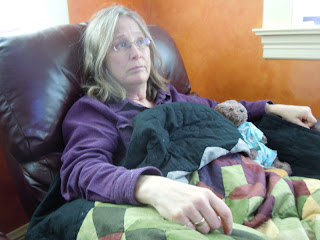 The morning I woke up with the theme to Two And A Half Men going through my head, I knew I had a problem, but that I’d think about it after logging another couple hours in bed. Things are often clearer in the light of day.

But that night, in the blue television light, I realized I have no problem at all. I’m going to get me an iPhone with a Viggle app and go for the grand prize: ComaDoze, the memory-foam recliner with the built-in Cheez Doodle dispenser and insulin pump. Don’t bother me, I’m working.