I Guess The Dog Was A Laptop Model, Too 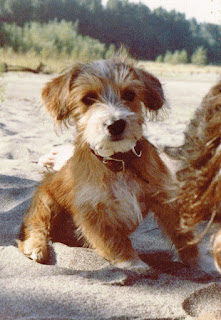 We used to have the cutest dog. When she was a puppy, we took her out to the river in case she wanted to swim. She didn’t want to swim. She’d never even seen water. Her ancestry had led her to want to jam her face into holes in the ground and bother rodents with it, not swim.

But we were curious, so Dave picked her up and walked into the water with her. The most amazing thing happened. Suspended above the water but still dry as a bone, she began paddling with all fours for all she was worth. All Dave had to do was lower her into the water and she shot off like a toy boat with a rubber-band motor.

That is some freakishly specific brand of smart. I’m a little higher up the evolutionary tree, and if you’d suspended me over the water, I’d have hollered and scratched and bit and dropped to the bottom of the lake like a plumb-bob.

So the problem I have with my computer is I don’t know if it’s more like me or my old dog. 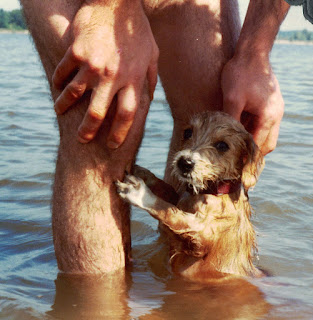 I do like my laptop. It replaced a massive antique Dell that looked like an old-fashioned TV set. That one started getting creaky and after a while I was afraid Everything I’d Ever Written would disappear one day and Columbo and the Murder She Wrote lady would have to climb out of the screen and go looking for it.

Remarkably, the transition went seamlessly. Everything I’d Ever Written fit on a one-inch thumb drive–I don’t know how to feel about that–and showed up unscathed on my laptop. I thought I was home free.

But one thing about the new-fashioned computers: they’re curious. This one wanted to know all sorts of things. It’s like pudding: you have to know a lot just to get it to set up. There were keychains. Passwords. Suitcases to bring to the Cloud. Extra underwear. It wanted to see my previous computer’s birth certificate and tax returns. If I answered stuff wrong, it basically rolled its little eye at me. I think I might have contributed a password full of pet names and numbers, but it kept asking more and more questions, and then I just gave up. I’m still not on the Cloud. 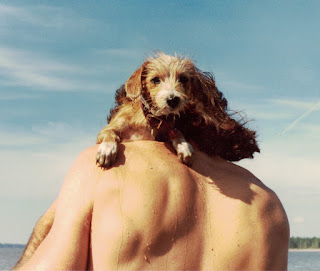 But regular as shit, the darn thing wants me to update stuff. Asks me every day: do you want to install this? The furthest it will put me off is “Remind me tomorrow.” I already know what I’m going to say tomorrow, but apparently, as smart as it thinks it is, it can’t anticipate. And sometimes it wants to change absolutely everything. It wants to upgrade me to a new operating system. The Mac operating systems were named after jungle cats for a long time, and now they’re geological wonders. I don’t know what OS we’re up to now: Saber-Toothed Tiger On Top Of Old Smoky?

I have no wish to do any of this. If I do an update, the next day will be a slog of all the old questions before I can play. It will want me to authenticate all of the crap I never quite authenticated before. I still won’t be on the Cloud. And if I upgrade my operating system?

I don’t know if Everything I Ever Wrote will be dog-paddling above the machine ready to scoot along or if it will drop like a plumb-bob.