I Would Consider An Eyebrow Transplant 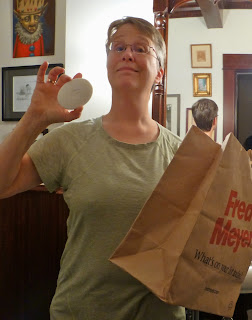 Friend of mine just vowed that she would toss one beauty product a week until she had pared things down to a reasonable level. She realized things were out of hand when she found herself lugging a duffle-bag of goo and potions to her boyfriend’s house for the weekend. The impression I got was that she figured she could get it down to basic makeup in six or seven months.

I got rid of mine all at once, when the stars were aligned. It was a narrow window between adolescence and the workaday world, and there was an acceptable subset of my hippie tribe that went for the natural look. In this group, one was held only to the beauty standards of a haystack: cultivate an earthy kind of attractiveness and try to hold it together without slumping into the mud. I couldn’t really afford the products anyway and sensed an opportunity to divest when I went to college, where nobody had seen me made-up. I wasn’t really pulling it off, anyway. Even applying mascara is problematic when you weren’t born with enough scaffolding for it. There is a danger, of course, in going the inner-beauty route; everyone can tell you’re cheaping out. On the other hand, if you just don’t wear any makeup at all, you can wake up with the comfortable knowledge that that’s the worst you’re going to look all day.

I was at an age where everyone was pretty good-looking anyway, not that many of us realized it, until we saw the photos forty years later and went “huh. Damn.” No, we thought we could probably be improved on, and many of us succumbed to commercial pressures. I did too. There was a shampoo called “Protein 21” that promised to heal split ends. I had split ends. It fit with the haystack motif, but I didn’t like it. I thought if Protein 21 could heal my split ends, I could achieve my hippie dream of having hair so long I stepped on it. Protein 21 did not heal split ends. I never got my hair past the stage where you have to be careful wiping your butt. Really, looking back, that’s probably about four inches too long anyway. But one doesn’t think that way when one is young. One has one’s ideals, and inconvenience is not a consideraton. There’s another shampoo out today that also promises to glue split ends back together. I never tried it, but I know it doesn’t work.

None of that shit works. None of the things that are supposed to erase wrinkles, restore a youthful complexion, or mask flaws works. Andie MacDowell is somewhere north of fifty and she advertises some kind of anti-aging goo that (apparently) causes a fairy to make you go out of focus, like a permanent hovering photo-editor. 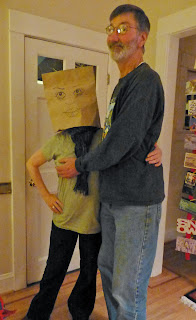 age, only with polished, greasy faces and dry, orangey hair. It should have worked on some of them if there was anything to it.

I’m real comfortable without makeup or hair products. Because I’m a terrible liar. I don’t like to present myself as something I won’t be able to maintain. Oh, sure, when you first meet someone you’d like to impress, you reveal yourself selectively. You don’t necessarily volunteer that when you were in fifth grade you fantasized getting graded on a sheet of collected boogers like an S&H Green Stamp book. Or that you’d have gotten an A. You might even make an effort to angle your chin in such a way that your neck doesn’t look like a stack of muffins. But at some point, if all goes well, you’ll start to have a genuinely good time and all will be exposed. You’ll snort and fart and whoever you’re trying to impress will either stick around or they won’t. It’s better that way.

It’s also cheaper. Because I present myself with just what God gave me and subsequently got all stretched out, I can afford really good beer. I believe beer keeps me youthful. If you drink enough beer, you can look immature as hell.