I Got A Nice Rack Rate 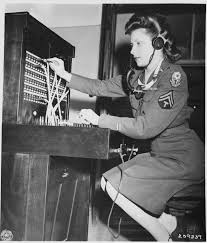 I wrote recently about my experience trying to get someone from CenturyLink, my phone company, to sell me some upgraded service. I spent well over an hour on my cell phone on hold, and then another fifteen minutes listening to my service representative’s immediate environs, while he tapped at his keyboard and periodically asked me if I was still there. I was, but he couldn’t hear me, and eventually he hung up. I don’t know why he couldn’t hear me. I visualized him in front of a bank of wires pulling the plugs in and out and mine wasn’t in all the way. But that’s probably not how it works, or in this case, doesn’t work. 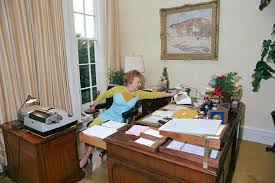 Well, things happen. I get that. I could imagine being in his situation myself, reaching way over my left shoulder for the telephone while standing on the recorder pedal for the transcription machine for eighteen minutes like Rose Mary Woods, and all of a sudden all my boss’s incriminating conversation is lost in the ether by accident, because things happen. It would have been my hope that someone from my phone company could figure out how to maintain a conversation because he’s in the communications business, but such is not always the case.

Because when he gave up and called me on my land line, which he happened to know because he’s from my phone company, he was still having problems with the communication aspect, particularly in the area of saying something I understood and getting an appropriate response back from me. The last time I spent that much time on the phone, I was talking to someone in India. I had been on the phone so long I could have set up medical insurance through Obamacare by then, and I no longer remembered why I’d called in the first place. Oh yes: we were talking about rates, and bundling, and what services I could get when.

I was confused, so he explained very carefully. It was something about my modem, and how many phone jacks I had, and what they did together in their spare time, and the fact that I’m in a GPON zone, and whether or not I get a rack rate.

The service representatives at CenturyLink go out for beers after work and rag on about how stupid people in the GPON zones are. I know they do. I know this because I also used to be in the communications business.

Some poor postal customer with a legitimate complaint would call up the station and get the boss on the line–our ring was twenty-five “shorts,” and he had to wait for all 25 to be sure they wanted us, and not the Department of Motor Vehicles, which is 24–and he’d listen for a minute. Then he’d say “well, ma’am, I cain’t do nothing about that, because your carrier is on LWOP, but the T-6 is over there helping out with the nixies, and I’ll put a note here for the 204-B to give you a call once he’s done entering the MSPs,” and then he’d hold the phone out from his ear for another minute, and hang up and say “what a bitch.” Then go out for beers. 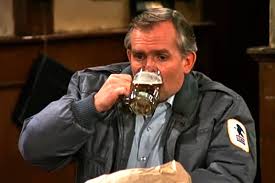 So answering the phone is not all there is to communication. Most of us letter carriers were better at it. Here’s what it looks like. Customer complains. Carrier nods sympathetically. Agrees, in standard English, that this is a truly awful problem. Promises to try to get to the bottom of it. And says “I’m sorry.”

Then goes out for beers.