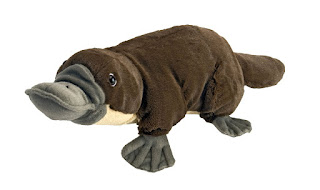 Young minds and old minds are not alike. Young people think about how to complete the most tasks in the least amount of time, effortlessly sifting through dozens of technological options, and old people think about taking a nap. Old people grew up in an era when a lot of things were out of their control. They might squawk open the door to the Rambler and head off to meet someone, but with no assurance that the car wouldn’t strand them in the boonies under a plume of steam. Or they might make it but the person they were meeting doesn’t, and they’ll have no way of knowing why. Or they might run out of cash and that’s that until the bank opens on Monday. This may sound like a worrisome existence, but in reality it was relaxing. A lot of life was just about saying “Oh well” over and over, or “Huh,” or “Don’t that beat all.” 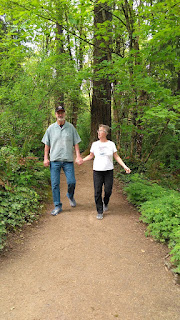 Which is one of the things I was thinking about when our friend Vivi, who moved to Pittsburgh, mentioned she thought platypuses were really cool. “Maybe the Oregon Zoo has a platypus,” I ventured, thinking that would be another plus in the column for her moving back to Portland where she belongs. A local platypus is not usually enough to get someone to box up her dishes and go, but added to a lot of other things it could provide that last little nudge.

Now, how to find out if the Oregon Zoo has a platypus?

Young people have lots of ways. They have Devices and they know how to use them. They could shake that very information out of them without even taking them out of their pockets, probably, just by thinking at them in a hard and pinpointy way. In fact Vivi lives with a disembodied spirit named Alexa whom she is regularly hitting up for stuff. All she has to do is call her by name, because otherwise Alexa thinks you might be talking to the toaster. I don’t know how any of this works, but I have no doubt that the answer to the question “Does Portland have a platypus” is readily available in the ether. 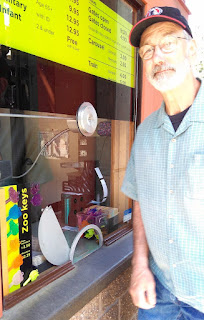 But we’re old. We don’t do “readily.” We don’t even want to. All we need to do to answer this question is ask ourselves a few others: Is it nice out? Do we have time? And are there neat things to look at outside?

(1) Yes; (2) We have time because we are retired, thanks to the American Labor Movement and the underappreciated sacrifices of thousands in the early part of the last century, and no thanks to the Republicans; and (3) Hell yes, there are neat things to look at outside, because every living thing is looking for sex this time of year. Stamens are waving, wings are flapping, slugs are swinging on slime ropes with their penises out. Woo is being pitched. It’s all there for the noticing. 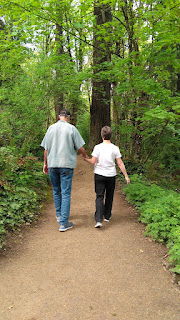 So off we went. We left the house at 10:30 a.m. and walked downtown and thence up the hill to Washington Park where we continued through the forest on a trail and ended up, nine miles later, in line at the ticket counter of the Oregon Zoo, where we planned to take a photo of a platypus if they had one. Dave got to the front of the line and poked his head in. “Do you guys have a platypus?” he asked. “No,” the ticket lady answered. “Okay then,” he said, and we turned around and walked home again, with a stop for a Reuben and a beer and a detour for ice cream at our friend’s new ice cream shop.


And this is the sort of thing you can get for it. Happy spring!