If They Hold A Rally, And There’s Nobody To Report It, Did It Really Happen? 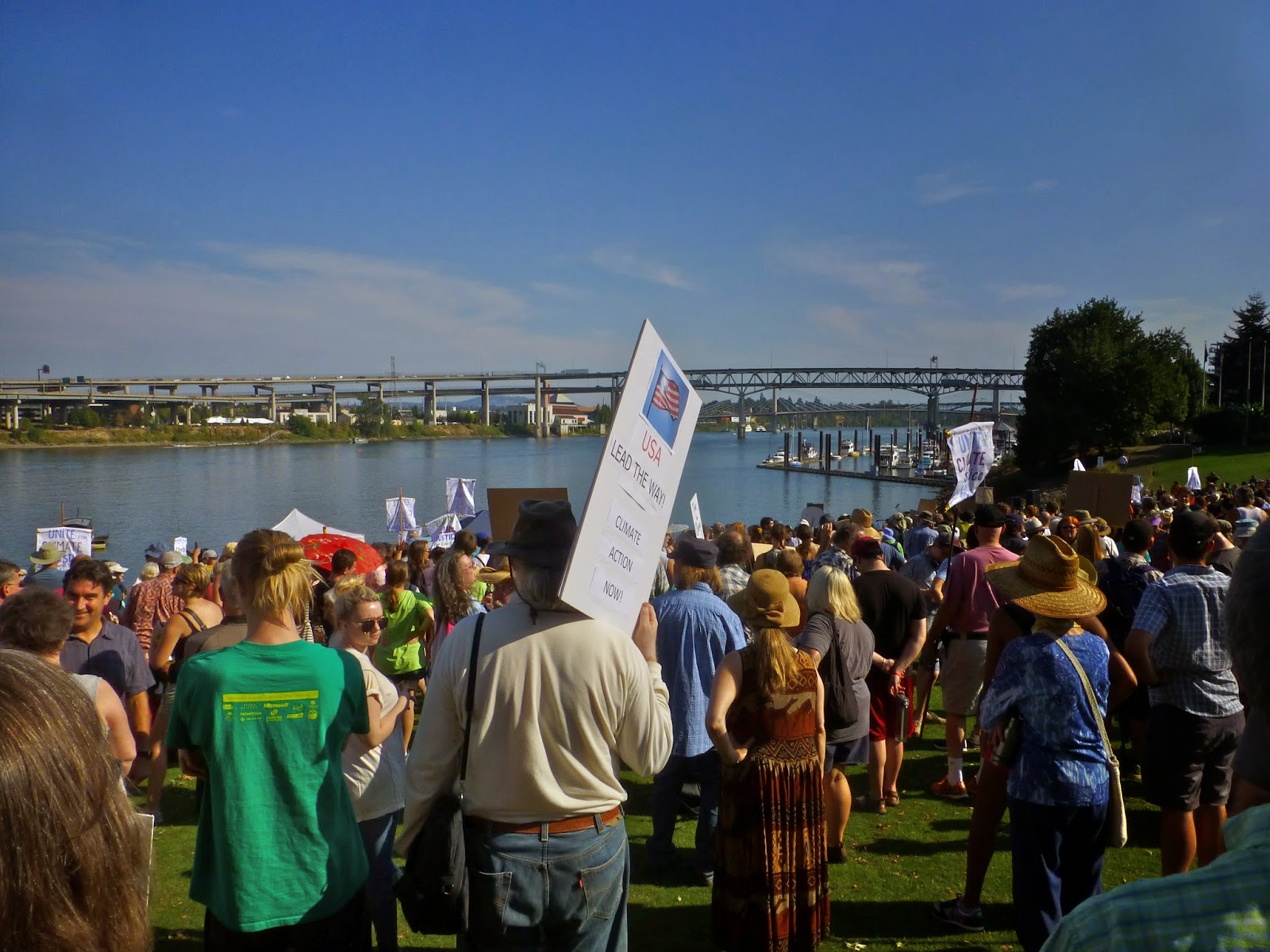 Thousands of us showed up for Portland’s Climate Action rally downtown, but, buried as I was in the middle of it, I couldn’t get a feel for the size of the throng. Fifty years ago, when all my peers were busy having a growth spurt, I was still working on my coloring book and missed the whole thing. Consequently, when I’m in a crowd, it’s all tits and armpits to me. I let my husband report to me like my own personal periscope and raised my camera as high as I could to get a better angle on the congregation. 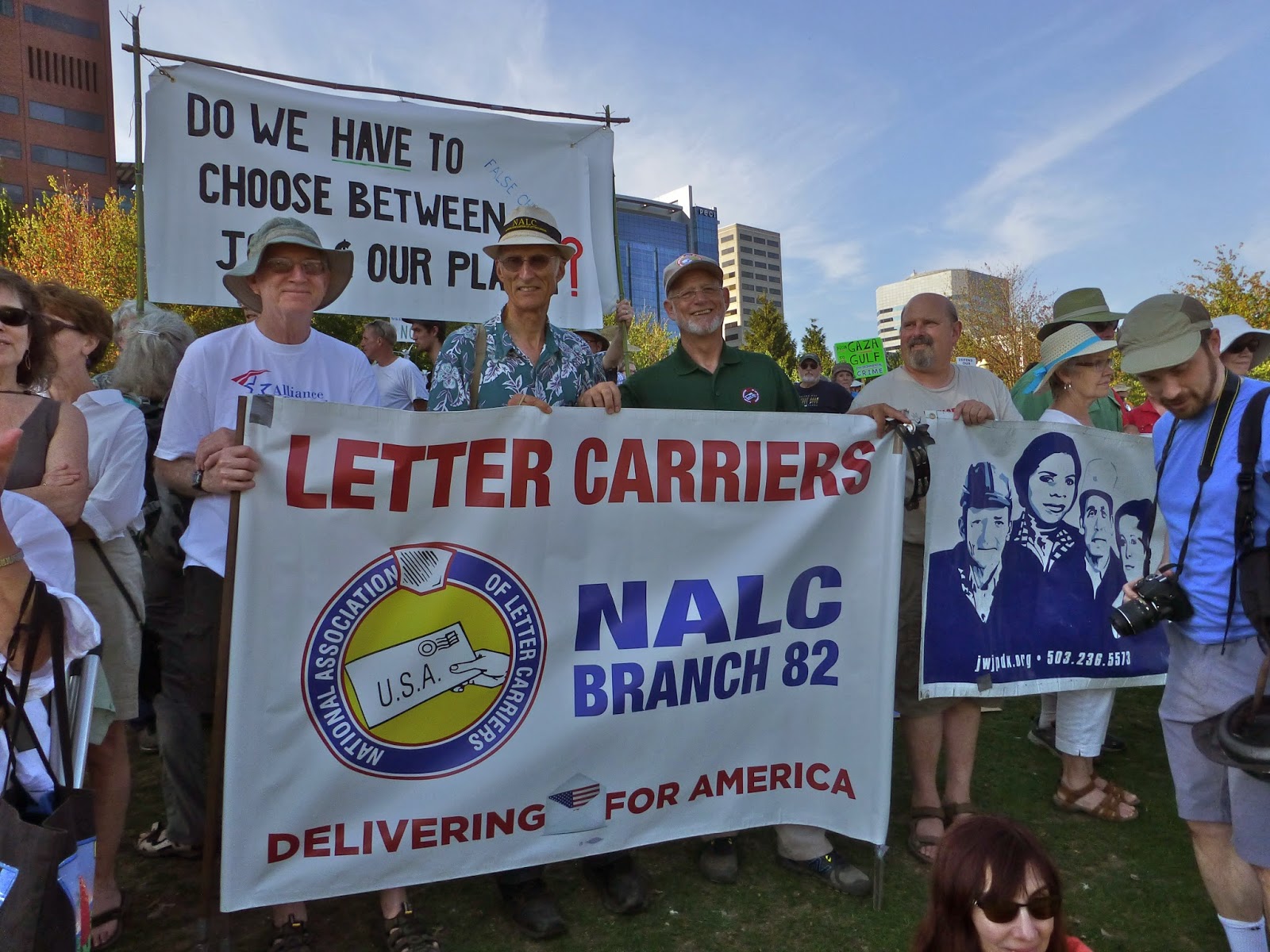 Those of us in attendance are united in believing we need to keep what remains of our fossil fuel supply in the ground, or risk catastrophic climate change; and that the time to switch over to a sustainable economy was probably about thirty years ago, but now would be immeasurably better than later. Brutal arithmetic informs us. And in our little corner of the nation, we are among the custodians of the spigot, and we want it cranked shut. It is our hope that if we refuse to let the coal terminals get built, and refuse the passage of oil trains, and shut down pipelines, and otherwise turn off the spigots, we can help shut this monstrous folly down. It’s naive as hell, but movements start somewhere. Thirty years ago, I never thought I’d see people hiding their cigarettes or walking around with baggies of dog shit, either. 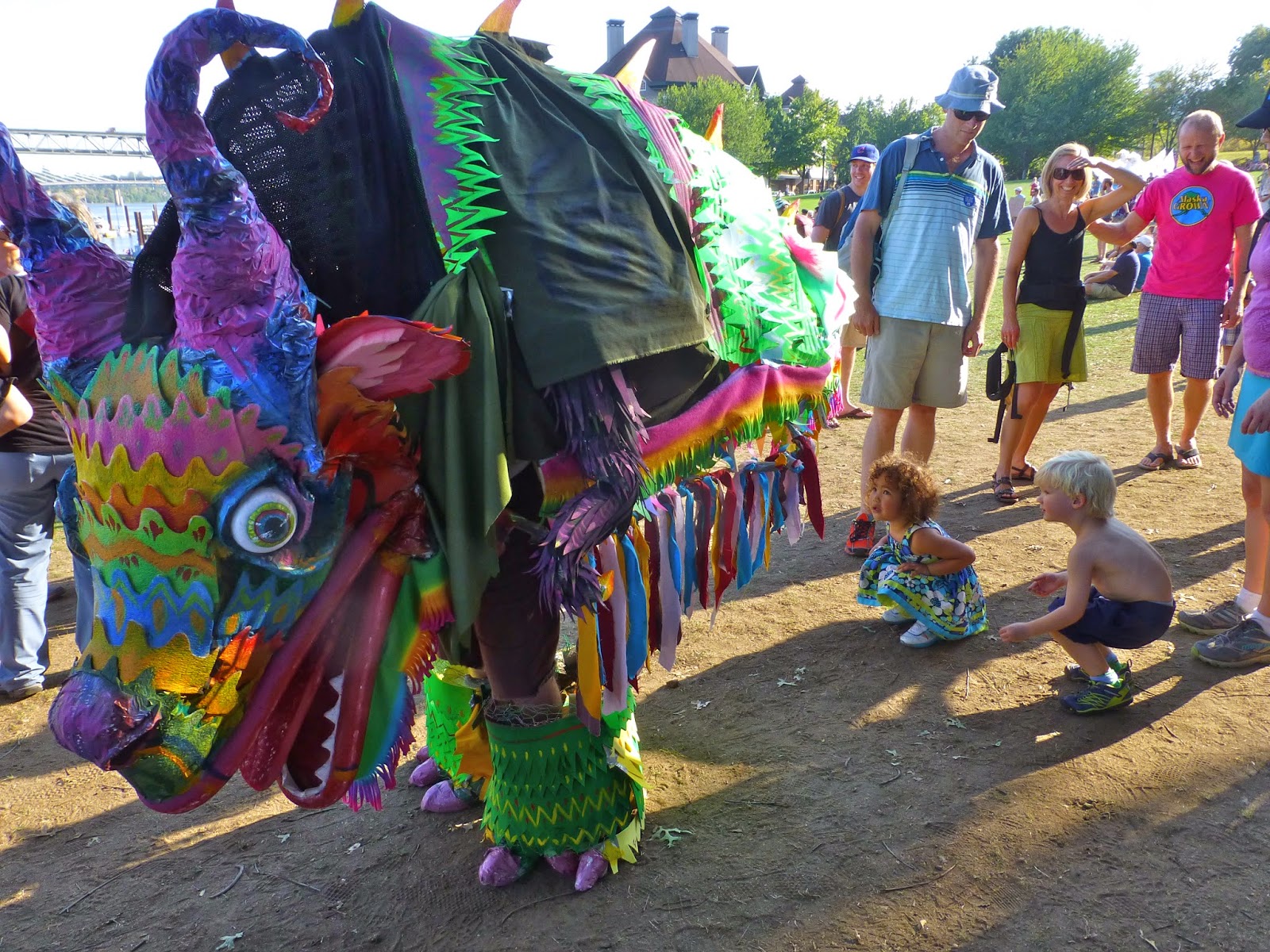 The local newspaper thinks we’re adorable to have such concerns, but Daddy’s got everything under control, and although there might be a few problems down the line, there will be plenty of time to work on them after he’s run through all the oil. And in the meantime, we should turn up the AC and watch TV, and let Daddy read the paper in peace.

If he does read the paper, and it’s the Oregonian, and he gets all the way to page nine, he’ll see a small captioned photo of the 400,000 (or, as they put it, 100,000) marchers in the People’s Climate March in New York City. He won’t see anything at all about our march, even though it stretched for blocks, and the governor showed up to speak. Our paper’s editors are solidly on the side of the grownups, and they patiently explain, as often as they can, that transitioning from fossil fuels will cause a severe economic disruption.

Which it will. There’s a disruption coming any way you look at it.

Look, they say. Yes, there’s a wildfire approaching the house, but it might just blow the other way–you never know–and we got you a sandbox, so play in that and put the hose down before you ruin the carpeting. 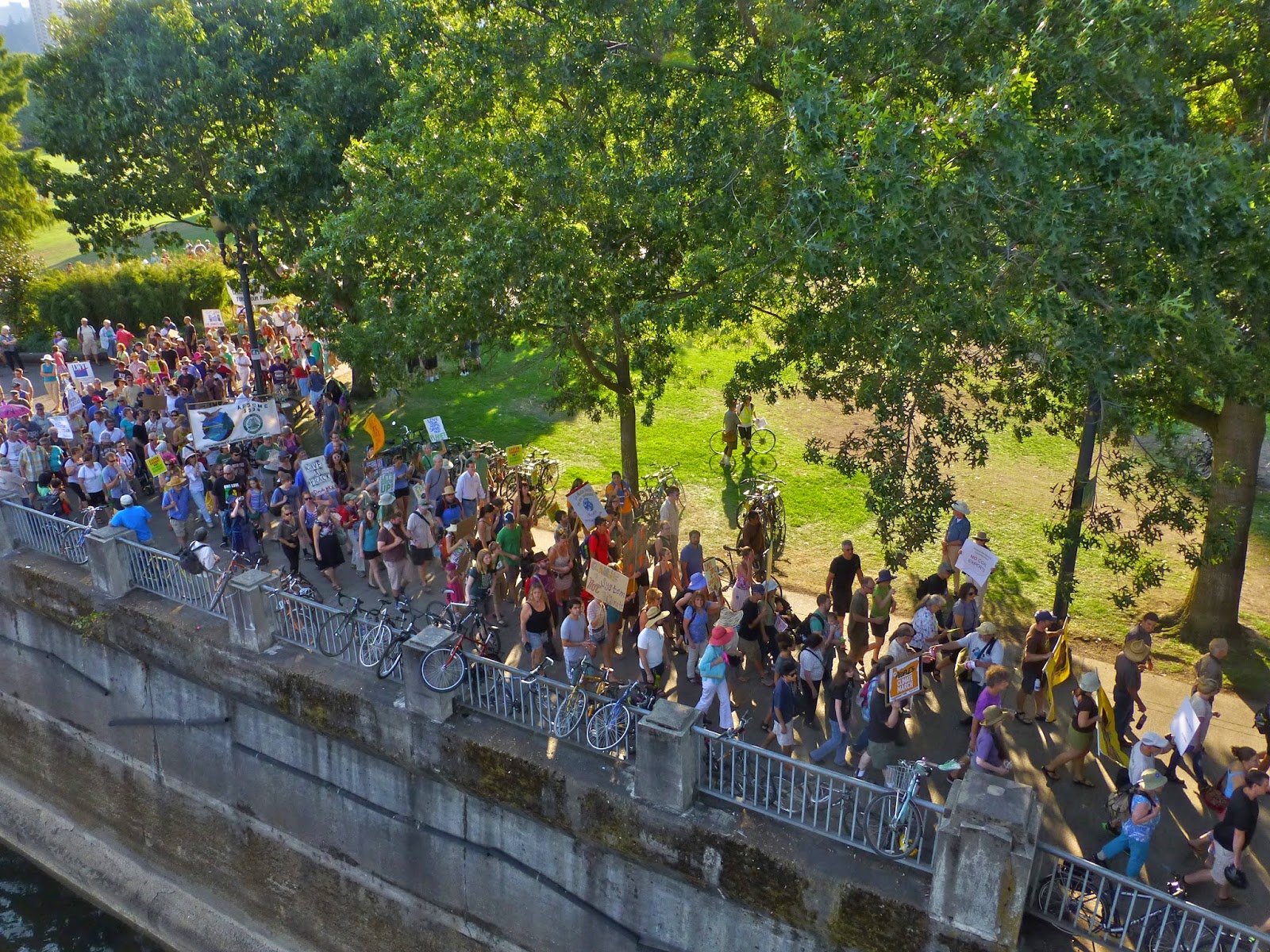 It’s those who consider themselves grown up who say we need to let the free market work. And that might well be a functional system, as long as all the costs are figured in. But they never are; not even close. The price of a two-by-four does not include the cost to the atmosphere of the loss of a carbon sink, or the irreversible loss of the topsoil, or even the cost to the taxpayers of bulldozing the landslide off the highway. You sell gasoline for a piddly four bucks a gallon, you’re making someone else pay the real price. Not only those in the sacrifice zones, in Alberta, in Appalachia, in the Amazon, whose lands have been skinned and blown up and tossed aside, whose water has been poisoned; and not only our grandchildren (of course, our grandchildren), but our own children, a decade or two from now, who will say you knew about this–how could you? Disease and contagion are on the rise, we’re engineering a major extinction event, we’re squandering our fresh water, and we’re all paying for it, and will pay much, much more later. And we’re fine with that as long as we don’t have to shell out for it at the pump right now.

All across this country are people who are flailing in the sandbox with their tiny buckets, people who believe that squiggly light bulbs are an assault on their personal freedom, and that their worst problem is the price of a tank of gas. They’ve been laid low by a paper economy whose rules were written by people much more powerful than they are. They’re squashed so flat they can’t see over their own scrawny wallets. There’s no view at all down there. It’s all tits and armpits.