In Portland, They Are Literally Asking For It 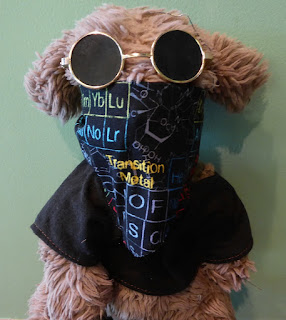 On August 17, right-wing agitators assembled in Portland for the stated purpose of drawing out violent opposition. They numbered about 300; resisters about 1000; two bridges were closed, local businesses lost about $3 million, and taxpayers ponied up $2 million for the police presence.

I’m coming around. And Trump gets the credit.

I’ve got principles. They’re not always the thought-out kind. They live in my gut rather than my head. For instance: if something is fundamentally unkind, it’s fundamentally wrong. And: the ends don’t justify the means, because in the end all you have is means. And: violence is wrong.

That last one’s visceral as hell. I have hardly ever witnessed violence. Mom spanking me on the fanny doesn’t count. I don’t even remember that except the times I didn’t think I had it coming, which was twice, and even then her case could be made. I saw two boys punching each other at the school bus stop once when I was about ten. Everyone else was egging them on and I was running away with my hands over my ears. I can’t even watch boxing on TV. Do people realize they’re actually hitting each other? 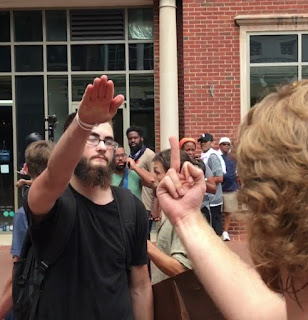 So I’ve been dismayed by the small faction of us anti-fascists that likes to come out swinging. Some of my dismay is thought-out. The tactic plays into the hands of our enemies, and fascists are our enemies. If they’re coming to little Portland specifically to score points by attracting predictable violent resistance, why give them what they want? We should ignore them. Or surround them in stupefying numbers, preferably serenading them with tubas, kazoos, and slide whistles.

But I’ve already seen what the right wing machine is doing with our activist fringe. They are shocked, shocked that Liberals are resorting to violence when they don’t agree with what someone is saying! Trump’s all over it. Unacquainted with irony, he perches his podium on the backs of terrorized children and the bullet-ridden bodies of the innocent, and he tells his mob of knuckle-draggin’, mosque-bombin’, immigrant-bashin’, pasty-faced vigilantes that Antifa are domestic terrorists. And that means they can be rounded up, along with any sympathetic souls in the vicinity. I know how this story ends. The world has seen it before. And if it happens, Portland, at least, is going to go all Spartacus on their asses. I’ll suit up in black and a bandanna myself, and so will 100,000 more of us. Arrest us all, mofos.

I put this question of violence to Dave, and after he hawed, and hemmed, and bobbled opposing talking points on either hand, he said it didn’t necessarily matter what he thought, because all our shared history confirms what we’d both do: if confronted by a bunch of Nazis mouthing off, he’d start pummeling, and I would run away with my hands over my ears.

Weirdly, the only people I have ever felt like actually unleashing my tiny fist of fury on were racists. It’s just as well I’ve never followed through. I’d probably bounce off, and my victim would be left absently flicking knuckle cells off his nose and looking around for the mosquito. I’m not big. 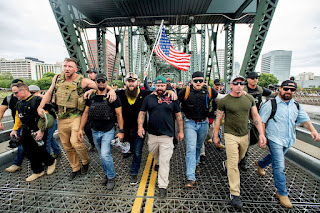 Here’s how my own fantasy plays out. The leader of the Proud Puffy Patriot Prayer Peenie Preeners postures and prances onto a platform, three-quarters erect in his body armor and flag underpants, and begins to rattle on about his various favorite amendments for no reason whatsoever. I make my way up to the platform–Excuse me, sonny, pardon me–in a clean flowered housedress and sensible shoes and I tip into the microphone and say Now, now, honey, you’re all upset. Why don’t you go home and put your feet up for a while, and have a nice lemonade, and then when you’re feeling better you can go out and see if there’s something nice you can do for somebody. Someone will want to have sex with you eventually, honey, just you wait and see!


In the meantime, what the hell. I still don’t think you can violent your way to peaceful. But if a handful of our anti-fascists wants to smack some Nazis, I say, give ’em one for me.