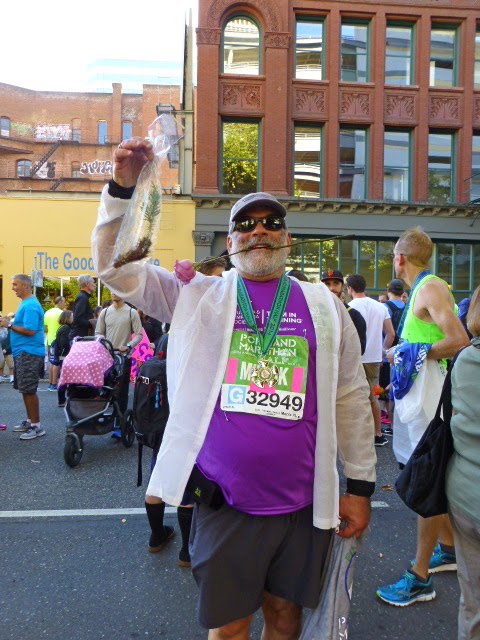 Our friend Max had come to Portland for another race to raise money for the Leukemia and Lymphoma Society. Last year it was a marathon; he maintained a killer pace in near-hundred degree heat, put his arms up at the finish line in victory, and briefly dropped dead before a chocolate-milk-laced resurrection. This year he opted for a half-marathon, but trained for a stupidly fast walking pace. Max is neither young nor spare. Max does have stamina, motivation, heart, and calves that could slice tomatoes.

Our role was to support and to cheer. It was the least we could do, and Dave and I are always good for that. Max’s husband Peter came along to help with the supporting and cheering. The morning of the race, Dave–an early riser–was detailed to drive Max to the starting line at oh dark thirty. Peter and I stayed in bed to be more prepared for the supporting and cheering, finally crawling out at the last possible minute. 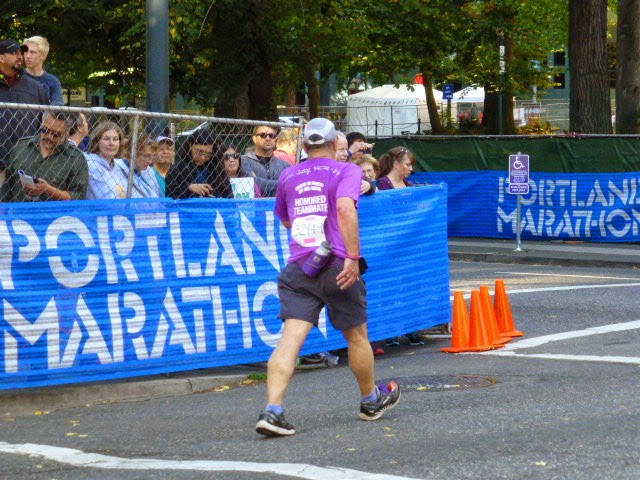 God, it was awful. We had been carbo-loading for days in solidarity with Max, and there are a lot of carbs in beer.

I’d had a restless night. I didn’t have to set an alarm to make it to the marathon, but I am nothing if not sympathetic to those who did, and I woke up every ten minutes or so all night to make sure whoever was supposed to be awake either was, or didn’t need to be yet. It was hell.

By the time I de-carcassed my mattress, I was a wreck. I had spent the previous two hours fretting over how we would know when to get downtown in time to watch Max cross the finish line. He was supposed to be there ready to go at six; the last walker was to cross the starting line at 7:30. We didn’t know when he actually started. We didn’t know how hard it would be to park. I came down to the kitchen to hash it out. There were more carbs cooking; Dave already had protein wrinkling up in a frying pan.

“So, guys, how are we supposed to know when to get down there? We don’t even know when he started…”

“Yeah, actually, we do. We’re tracking him right now,” Peter said, bright with coffee and technology.

I plunged my hand down my pajama bottoms. This wasn’t going to make sense, absent a good ass-scratching.

“…and twenty seconds,” Dave put in, flipping a pan of carbohydrates, perfectly browned.

“And he’s already over here. Look! You can see him move.”

I peered at Peter’s iPad. There was the half-marathon route lined out in blue; a tiny square balloon named MAX ROTH was attached to an arrow, and chugging incrementally over the route.

“Holy cow! This is amazing! Look at him go!” Tiny Max dinked steadily toward the Broadway Bridge. “How do they do that?”

They chip him like a beagle, is how, and surveil him from space. “Look at that! He’s coming to the turn-around point! He’s right there! He’s making the corner! Go, Tiny Max, go!”

We were absorbed. Whenever Tiny Max crossed a clock icon, the site updated his pace. It was steady.  It was remarkable. The man was a machine. We poured more coffee and supportively slugged down a combo carb-grease-and-salt platter. We were exhausted. We were elated. We were not dressed. We were late. Tiny Virtual Max was going to beat us to the finish.

Stopping only for a box of restorative doughnuts, we squoze into the car and raced for the finish line. Tiny Max plugged along on the iPad. Parking was sparse. We had to walk for, like, Jesus, blocks. A cyclone fence surrounded the finish line like it was the White House, because the terrorists had won, and we wouldn’t even be able to watch him cross the finish line. Meanwhile, Tiny Max chugged ever forward on Peter’s tablet. 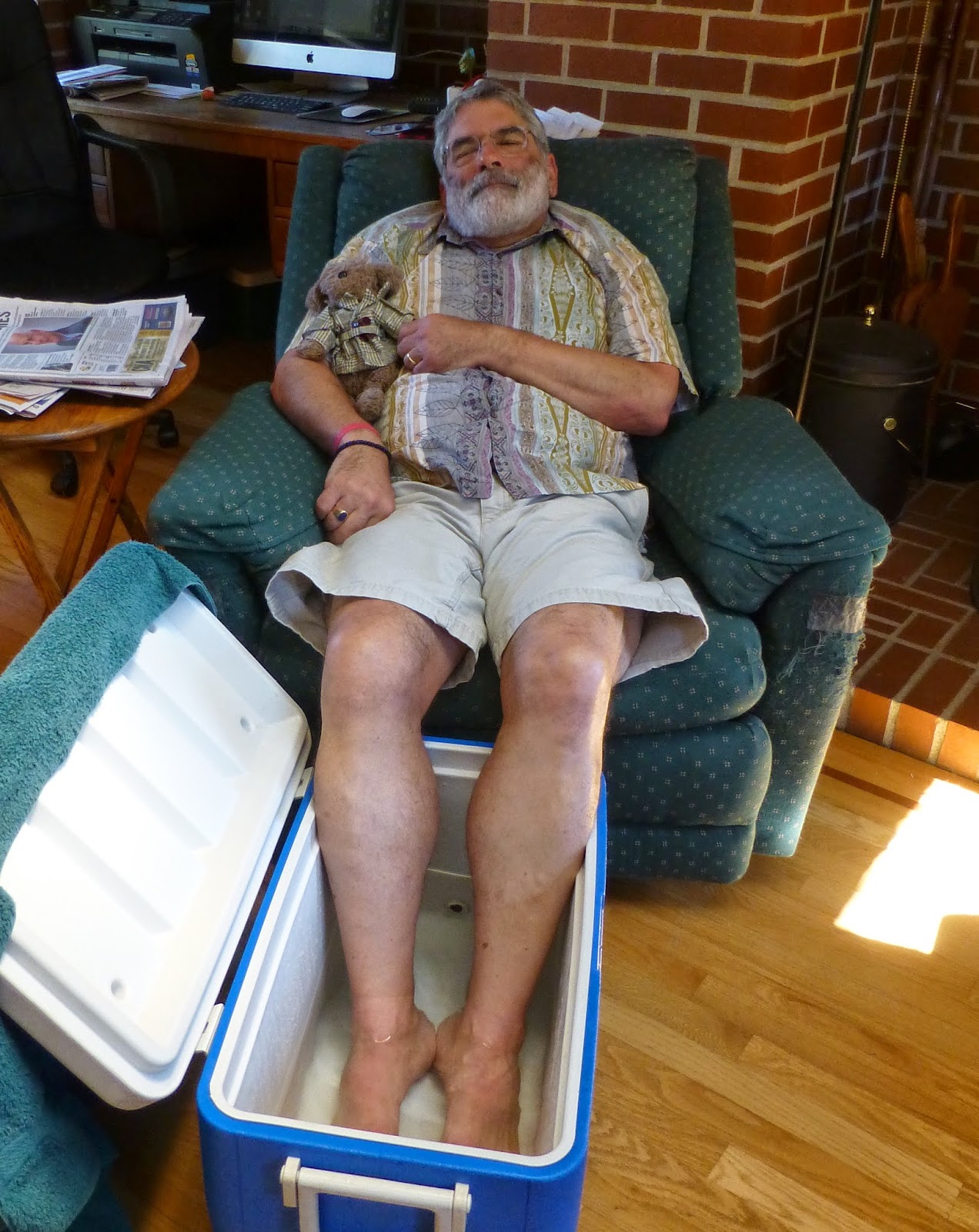 Racers swarmed by in anonymity, blocks away, dim and distant through the fencing. “Could have done this from home,” we said, recalling the softness of our pajamas with longing, and dabbing the last doughnut crumbs from the box with pudgy fingers. Big Actual Max appeared anon. He was interested in a ride home. It was the least we could do, so that’s what we did.

And now a word from guest poet Actual Max:


They told me I had melanoma.
Turned out it was B-cell lymphoma.
But thanks to Rituxan
I can raise lotsa bucks ‘n’
Walk 13 miles through Multnomah.