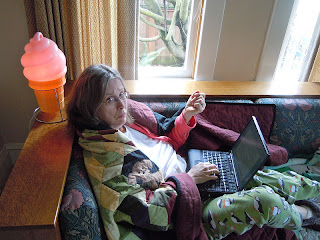 One of the more annoying discoveries I have made is that there is such a thing as an “influential blogger.” I’m not against the principle that someone who never gets out of pajamas could exert influence. I just don’t know why it can’t be me. I have opinions. I have desires to change the world. What I don’t have is influence, and until recently, I didn’t realize you could. 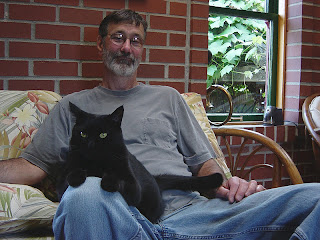 But there are whole lists of influential bloggers. Included is a blog that influences people to send in photos of their badly-spelling cats. This sucker gets millions of hits. Well, I can’t have people sending in pictures of their cats. Murrmurrs is a one-cat blog and if one of my pictures of Tater saw a picture of another cat sidle into the text, it would get all fluffy and chase it into the blog roll. It’s out of the question. 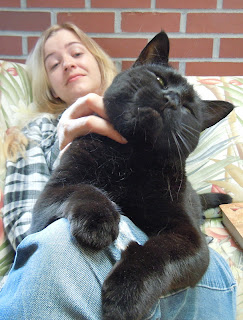 There are bloggers who become influential because they do meticulous research and have keen analytical minds, and they can be relied upon to deliver insightful content that helps people understand their world. Ha ha! Just kidding. The primary way of becoming an influential blogger is to make up something totally nuts and just fling it out there. People get all excited. That’s how a peace-loving imam who wanted to establish a community gym and center for peace and understanding in the heart of New York City got revealed to be a guy who wanted to stone adulterers and force American women to wear the burka. No wait, that was Rick Santorum. Whatever. At any rate, America soon got in a froth of false righteousness, the imam got his comeuppance, and the blogger got a ton of hits. That’s what I want too. So here goes: 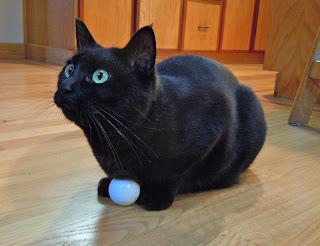 (2) Archaeologists investigating stone tablets recently discovered in the mountains of Chile have concluded that they are relics of the ancient, fabled Parapluidian culture that died out mysteriously five thousand years ago, leaving only the remains of an airstrip and a big pile of rocks with spooky eyeballs carved in them. Language experts noting the similarity of the runes to those of the Gullibilia tribe have been able to translate the tablets, which appear to predict the end of the world in the 21st century. The Parapluidians, due to their own extinction, are widely assumed to have been on to something. Mankind’s demise will come about because of the wrath of a dark underground monster of immense power, the blood of which has been drawn to the surface against its will, turning nation against nation, and saturating the very air we breathe. Particularly in the developed world, vast populations are now preparing for the apocalypse, with many observers noting that the Earth is now perfectly aligned with Mars, as well as with Jupiter, Saturn, Neptune, and a number of other heavenly bodies all at the same time, although not all in a row or anything, but still. Many in positions of power are urging the use of burnt offerings of the blood of the monster as a form of appeasement, but archaeologists are banding together to report that the tablets say this is the exact wrong thing to do, and only ticks off the monster. The only way to avoid doom is to leave the monster undisturbed and creep quietly along the surface, taking in the sunshine.

(3) And last, a note to our friends across Asia. Word on the street is that ground CEO penis improves sexual potency.