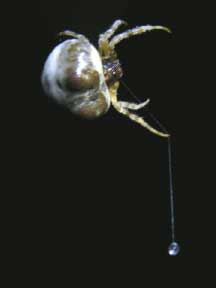 After reading Julie Zickefoose’s excellent post describing how the bolas spider whacks the wily and delectable moth with a glob of silk, I got to thinking about the sun, and how there’s nothing new under it. No matter what bizarre thing you can think of, Nature’s probably already come up with the prototype. And so observing Nature carefully can help us understand otherwise incomprehensible things.

Take the scale infestation on my lemon tree. What looks like inert scales on my lemon tree are actually live insects that have crawled to an advantageous spot, grown prodigious mouth parts, and inserted them into the lemony flesh, where they slowly suck the life out of the plant. And then the insects lose their legs. They’ve got everything they want right where they are and don’t need to go anywhere. It seems on the surface to be a life plan without parallel, but it would be very familiar to anyone still providing shelter to a thirty-year-old child. Or anyone in a nation being sucked dry by a tiny plutocracy. 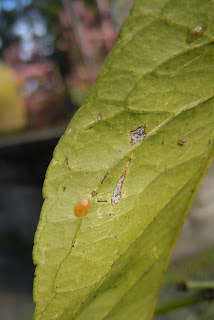 It doesn’t take many insects to suck the life out of the plant. And it doesn’t take long, once the mouth parts are in place, but it’s still gradual enough that the plant doesn’t see it coming. Likewise, it didn’t take long for the wealthiest 1% in America to control 40% of the wealth, up from 33% twenty-five years ago. The wealthiest 1% average 225 times the wealth of the median household, the largest disparity ever.

Where did all that money the 1% have come from? Well, they didn’t print it. It used to be ours. You can only earn so much money, and then you have to start taking it. So they took it. Beauty part is, it isn’t even considered stealing, once you get the rules changed to make stealing legal. Which you can do with the politicians you purchase fair and square.

Changes in the bankruptcy laws encouraged great risk-taking in corporations, and a whole financial industry was built up to service the dismantling of companies and the transfer of good manufacturing jobs offshore. Lawyers and financial wizards that produced nothing profited handsomely off the destruction of the middle class. Slurp, slurp. Pension funds were raided for executive bonuses until they were no longer viable and then they were discontinued altogether. 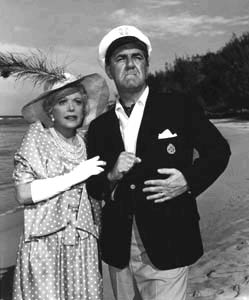 Then came the rollback of taxes on the wealthy. This looked to be a difficult sell, politically, but the less the wealthy contributed to the revenue pie, the more the rest of us had to pick up the slack, with a fee here, a user-tax there, surtaxes that used to come out of the general fund; and suddenly the idea that taxes were the problem–rather than the redistribution of the tax burden–gained credence. So the whole heist can be explained by a combination of propaganda and inattention. What really puzzles the mind, though, is how so many people who  had been fleeced so thoroughly by the wealthy were willing to stand up and demand that the rich be left alone with their wealth, that used to be our wealth.

But trust Nature to have already visited the conundrum! It turns out that a certain cat parasite has come up with a plan to keep itself going forever by finding its way to other cat hosts. It lives and reproduces in the gut of the cat, who then lays a dookie in my garden; and there is sits until a rat gets wind of it and puts it on the old rat menu. It’s not what you or I would eat, but we are not here to judge. Now the cat parasite is inside the rat, but it would really like to get back into another cat. So the parasite gets into the rat’s brain and discombobulates it such that the rat is now fatally attracted to cat pee. This is not a sensible rat position; this is a derangement. And the rat seeks out cat pee, which, often as not, is near cats, and it gets pounced on and et. And bingo, now the parasite is back in another cat. 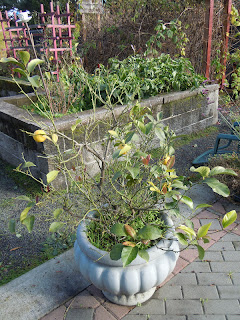 So that must be what’s happened. Somehow the plutocracy has managed to derange the minds of the 99% such that they beg to be chewed on further. I don’t know exactly how they did it, but something definitely stinks around here.

There’s some hope for the lemon tree, though. Now that most of the leaves have fallen off the plant, the tiny sucking insects have been exposed. And they have no legs. All we have to do is notice them, and they can be squished.