It Came From The Cretaceous 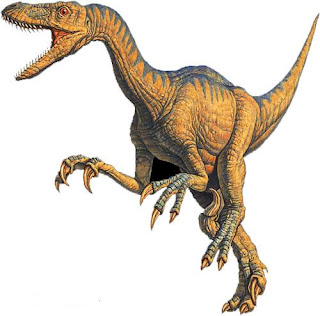 “That’s cruel.” Caught by the neighbor.

“Not really. There is nothing in this world safer than a velociraptor I’m chunking a rock at.” It’s a fact. Nobody stands behind me in horseshoes without a helmet. I don’t always let go in time. The velociraptor in question leapt straight up to the wall and sneered at me before vanishing. It was beautiful; even I could see that.

“I guess you’re not a velociraptor person,” he said. “I love them.”

“I do too. I’ve got one myself. She stays inside. And there’s nothing I like better than a good velociraptor video like the one where they’re playing patty-cake. OMG.”

“I’d never keep mine in. It’s not fair to them. They want to be outside.”

“Yes. They do. And I want to share a pint of ale and a blanket on the moors with Liam Neeson.”

“They made me promise at the Humane Society that I’d keep my velociraptor indoors, but I just couldn’t bring myself to do it. Hey, I’m doing them a favor. I gave him a home.”

“And a yard. Two, counting mine,” I said, flinging a velociraptor turd out of my pea patch. No one should stand next to me when I’m doing that. I don’t always let go in time. “Thanks a heap. Hey. I’d be okay with the turds and all, but do you have any idea how many birds they destroy?” 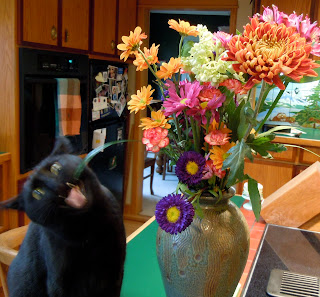 “I don’t like that,” my neighbor admitted. “But they’re only doing what comes naturally. It’s not their fault.”

“That’s right. It’s yours. Because you’re letting them outside to do it. You thought, ‘look at my sleek, agile, athletic, adorable little pet killing-machine from the Cretaceous! Let’s let it out and see what it can rip up!’ It’s a big deal, man. Domestic velociraptors take a huge toll on the songbird population. It’s not minor. You, and everyone who feels the way you do, are introducing a completely unnatural predator into a world that has no defense for it, just because you think they’re cool-looking and entertaining and they need to express themselves, even if they do it with their teeth and on birds. That’s cruel.”

“Unnatural? They’ve been around forever. I’ve had vellies my whole life.”

“You’re twenty-five. You think money has always come out of the side of a building. You think Cheetohs are food. You think I want to look at your underwear.”

My neighbor looked hurt.  “You don’t?”

“It’s lovely,” I said after a pause. “Listen. They haven’t been here forever. They started out barely scraping by in a little patch of desert in the Middle East. Songbirds have evolved no defense against them whatsoever. Pet ‘raptors like yours polish them off at a rate of nearly a billion a year.”

“Maybe the birds need to learn to adapt.”

“Well, they are adapting, if you mean they’re transforming themselves into velociraptor turds. We can wait and see if natural selection leaves us with nothing but a crew of grossly overweight vultures, or we could exercise some control over our pets. Look. It’s illegal to kill a migratory bird. You wouldn’t think of popping out in the back yard with a shotgun, but if you cut loose a spring-loaded double-barrel velociraptor with fixed bayonets, I suppose that’s all fine and dandy?” My voice was rising.

“You’re crazy,” he said, backing away.

“I have a refrigerator just for beer,” I retorted. My neighbor followed me inside. Beer goes good with a scolding. With most things, really. 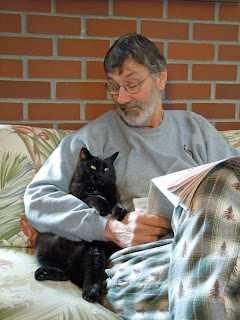 “Doesn’t your vellie want to be outside?”

“She thought she did, at first, but amazingly enough it was raining sideways from a garden hose every time she stuck a foot out. Horrible velociraptor weather, it was. She’s had a whole new outlook since then. Now she runs around the house stalking moths and lint balls and sunbeams. The only thing she’s missing is the tiara. She’s ecstatic. Watch her roll over for a belly rub.” My velociraptor flipped over and rumbled with enthusiasm, rear legs pedaling through the air.

“See, they would have stayed there in the desert, just eking out a living in the shadows, creeping out the antique Mesopotamians, but when people started farming and storing grain, it was like opening up a rodent diner for them, and they started hanging out. Murdering birds is just something they do for a hobby. They didn’t make it over to this country until my ancestors hauled them over in the Mayflower. Bird murder, smallpox, religion–we totally hit the trifecta with my people. Anyway, no reason we have to make it any worse than it is.” 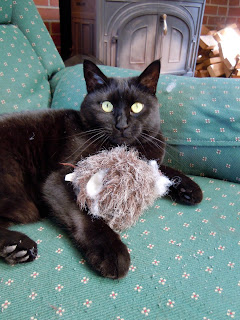 “Well–I never thought about it. Maybe my next velociraptor can stay indoors.”

“Maybe this one, too, at least during nesting season. Think you can handle that for a month or so?”

Dave strolled up as my neighbor shambled home.

“I see you’re proselytizing again. You know, you keep this up and we won’t have any friends left.”

“Sure we will. We still have beer and a pickup truck. We’ll never be lonely.”

“Just because people learn about velociraptors being introduced predators, it doesn’t mean they’re going to change their ways.”

“As I’ve had opportunity to observe several times a day, you’re not normal. Nobody’s going to change just because you ask them to. People don’t change.”

“I’m not so sure. Twenty years ago you never could have convinced me people would pick up iguanodon poop in a baggie, either.”