It Came From Out Of The Ground! 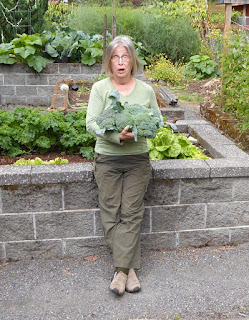 We grow the same vegetables every year. Sugar snap peas. Asparagus. Peppers and basil. And of course tomatoes. They even ripen now, and not just at two minutes before frost, because of the global warming. You have to grow your own tomatoes. Eating tomatoes from the store, even in the summer, is like going on a hot date with someone’s avatar.

But for much of my life I didn’t care much about vegetables. I assumed they were just on the plate to chaperone the meat. Salads were pointless. Something to soldier through. 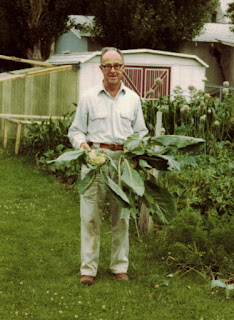 When my Dad retired, he started making space for vegetables in the flower gardens. I have photos of him looking mighty pleased with his harvest, and he wasn’t a smiley sort. I understood in theory, but put it down to one more odd thing only old people get excited about, like compression socks and lemon drops. My sister’s been like this all along but she sort of started out old.

But something happened to me in the last few years. I like vegetables now. And salads. What the hell. Last year we stuck in some lettuce plants and it blew my mind how I could trot out the kitchen door and snap up a bunch of greens just like that. This year I thought maybe we could do some advanced college-level vegetables. Broccoli. Cauliflower. Brussels sprouts. 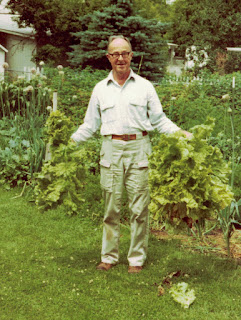 I didn’t have a lot of hope for them, though. Seems to me we tried some Brassicas the first year we got this house, and they turned into an aphid maternity ward. I’m not even sure we ate any. And, after all, they were only vegetables. If Brussels sprouts made meatballs I might have been more concerned.

My plants jumped up quickly and I maybe checked them once or twice but basically I was waiting for them to fuzz over with aphids, at which point I would conclude they were about ready. So imagine my surprise when I peered into the top of one of my plants and found a broccoli bigger than my head! And another! And another! I didn’t know what to do. Here I had a shit-ton of gorgeous broccoli all ready at once and no idea, other than sharing with neighbors, what to do with it. Until it occurred to me that you could put more than gin in a freezer. Enter Google and a plan began to emerge. 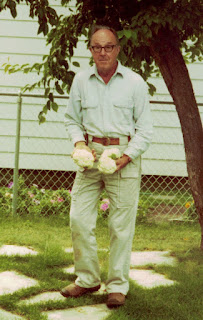 Well I couldn’t be more pleased with myself. I now have six bags of blanched broccoli in the freezer and more fresh in the fridge. Why, I’m just like Grandma! Things have been Put By! In fact I’m exactly like Grandma, assuming she didn’t also have to slop the hogs and milk the cows and feed the menfolks and strangle a chicken and hie off to the windbreak in the snow to go potty. All right. Comparing myself to Grandma is like getting into college as a Legacy. It’s cheap ancestral credit.

The Googles said to soak the broccoli in salt water for a while to discipline any resident insects. But I didn’t have any insects. Oh wait! Oh there they are. Hmm. Tucked way up in there, huh? Lookit that. They look right cozy. Hmm. Well, it’s not like I didn’t go ahead and bake a bunch of blackberry maggot pies that one year. The Googles say it’s just extra protein and nobody will be the worse for it, and everybody did eat the pie, except myself, because I felt an allergy to larvae coming on, which is, I tell you, a thing.

Blanching is a silly word for something that turns purple asparagus green or green broccoli greener, but we’re stuck with it, and I did it. And I did pose with my broccoli haul, and I will be damned if I didn’t feel mighty pleased with myself. Just like Dad.

Of course, I am old.

But not THIS old. Hey! Monday was Dad’s birthday. Happy 111th, Daddy!