It Keeps Going Up

Turns out we have a giant underground Helium Reserve in Texas. I wouldn’t have thought we needed one, since I hear helium is the second-most abundant element in the known universe. It also seems unnecessary to use the term “known universe” in a sentence. You don’t make statements like “there are barely a hundred Northern hairy-nosed wombats left in the world, as far as we know, although we’re not ruling out that there are other worlds out there made entirely out of Northern hairy-nosed wombats.” That second bit just doesn’t need to be said. Just talk about the stuff you know.

Particle physicists, though, talk like that all the time. They like to distinguish between the “known universe” and all the other ones we don’t know, but have suspicions about. “There might be a universe tucked right alongside of this one like the little tissue paper inside a wedding invitation,” one particle physicist will say, “but we don’t know how to prove it.”

“Unless we can find snorbits,” the other particle physicist says. “Or evidence of snorbits.”

“Snorbits would totally prove the existence of the tissue-paper universe,” agrees the first, and everyone does a bunch of math, and then they all go off to develop giant underground particle accelerators meant to discover the frumigated, sidelong, or common yellow snorbit, or its poop. Then they go to parties with other particle physicists, because no one else ever invites them.

But let’s just leave them be, and go back to helium being the second most-abundant element in the universe, which we’re going to go ahead and call The Universe. Why would we need a repository? Well, it turns out that most of the universe is a really long drive from here. And here, we don’t have all that much helium. So we have a repository in Texas. Great place for one. In Texas, where the official position is that global warming is a hoax, they’ve had a horrible long drought and have had to drill deeper and deeper for antique groundwater, and the rock layers they’re pulling the water out of are beginning to collapse. Judiciously placed helium caves could well keep things propped up on the surface so that everybody’s bowling balls still roll regular.

The Helium Reserve was set up in 1949, and until the Helium Stewardship Act was passed recently, it was set to shut down soon, but now they’re allowed to sell helium beyond 2015. This, says the bill’s sponsor, will prevent disruption of the helium supply, and if it were shut down, it would distort the helium market, possibly giving it mouse ears. I’m not sure how running through our reserves of a limited resource is going to stabilize anything, but that seems to be the way we officially roll. 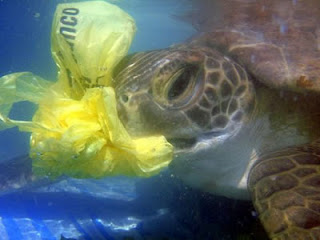 Like many of you, I assumed we could recycle our helium just by retrieving all the balloons that are bumping along the crusty layer of satellite shrapnel and other space debris on our planet ceiling, but we can’t, because it’s too far away and they aren’t actually there. The helium has floated off into the known universe where they don’t really need any more, and the balloons have fallen back to earth where they are eagerly ingested by sea birds and turtles, who mistake them for jellyfish, at their peril. Party balloons are pretty much the least important use for helium, after things like MRIs and snorbit research. Maybe, given that helium prices are going nowhere but up, we could all learn to settle for unambitious balloonery, instead of squandering our helium on remote turtle murder devices. ‘Kay?

Much obliged to reader Kendra Nissley for alerting me to the helium shortage.