It’s All Mice Under The Fridge 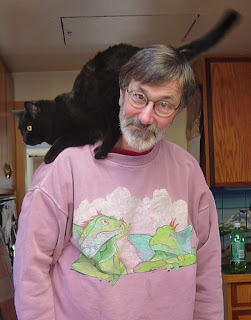 If you should happen to be caring for our cat Tater, and she starts yowling at the fridge, she’s not asking for a treat. She has lost a toy mouse under there, and she would be much obliged if you got down on your hands and knees and swept underneath with a yardstick. She’ll show you where the yardstick is.

This was a truth-in-advertising cat. When we first saw her at the Humane Society, she was the only animated object in a glass room full of snoozing cats. She had one arm stretched out under the door and was trying to stab herself a toy mouse a few inches out of range. We slid the mouse back under the door and she dribbled it madly through the room, occasionally lighting up a resting cat like a ball in a pinball machine.

“That one’s lively,” we said in approval, deeply underestimating the virtues of torpor in a cat.

I’ve heard that cats sleep an average of 90% of the time. Put Tater in a room with nine dead cats and we’ve nailed the average. 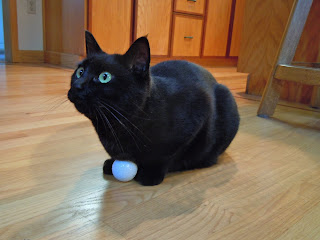 Tater is always on the move. She has a dozen fuzzy rattle-mice, a ball of feathers, a stuffed kiwi with which she has a love-disembowel relationship, a robotic bug, several golf balls and, in a pinch, stray Mentos. These she will swat and bat at until she has whacked every one of them under the fridge. It takes her about five minutes.

“We should get another dozen mice,” I suggested at the beginning, but Dave pointed out that that would delay the inevitable by at most another five minutes. He dropped to his knees and fetched the yardstick. 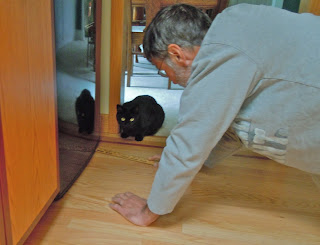 Recently, however, she has begun to whine at the fridge even when there is nothing under there. “That’s not how it works, Tater,” Dave keeps trying to explain to her. “You have to put something in the bank to get something back out.”

She’s not getting it. She’s like any other child growing up in an ATM world. When I was small I got my own passbook at the bank, and once a month Daddy and I would walk down and put in some percentage of my minuscule allowance. The teller would mark it in pen in my passbook along with the new total. I always knew how much I had in the bank, and never suspected that I could get it back out. When credit cards came out, I understood about real money. Never paid a finance charge in forty years. 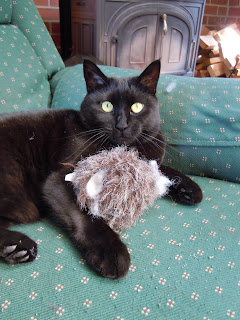 This generation thinks the fridge dispenses fuzzy mice at the drop of a yardstick.

Tater’s back at the fridge, yowling. It can climb up your nerves. “Potato Brewster,” Dave says, highly annoyed, “there is nothing under there.”

“Think of it like the Social Security System, Tater,” I explain. “If no one is putting anything in, there is nothing to draw out.” Tater does not blink. She is correctly skeptical. People are still drawing stuff out. The fact is, I don’t understand it either. I take another tack.

“It’s like my brain, Tater,” I tried. “I spent all those years putting education in it, and over the years I’ve pulled out facts and ideas until now there’s nothing left. If I don’t put in something new, there will be nothing to withdraw. The alcohol doesn’t count.” Tater stared at me, then at the fridge. 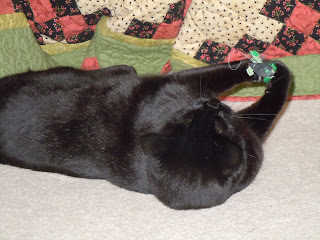 “Oh, what the hell,” I thought, reaching for the yardstick. Maybe we’ll get lucky with the fridge. I know there’s a beer in there.