It’s Always Dumbest Before The Dawn 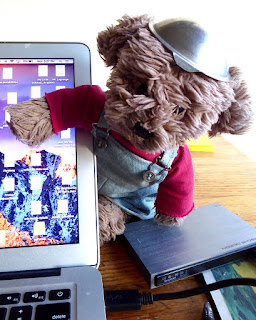 I can be efficient when I want to be, and that is why I designate the hours of 3-6am for pointless worry. The solitude allows me to focus on any problem, perceived or real, and often several at once. It’s a real time-saver.

In addition, those are the hours in which I can achieve really accomplished fretting, because there is no likelihood that solutions are close at hand. The solution hours occur in the daytime when I’m driving somewhere and, often, not going through a red light or missing my exit. But between 3 and 6am, the answers to my problems are either elusive or insane.

Some of my daytime solutions veer a little off the reality template as well. For instance, when my laptop abruptly quits sucking up wireless, I close it and flap it in the air in the direction of our modem. And when a page doesn’t load, I bang on the keys harder. This works randomly often enough that I stick with it. Religions have been based on less.

The other night I chose a couple juicy hours after 3am to wonder if Everything I Ever Wrote would vanish into thin air. This is not something I would like. I would not like it a whole, whole lot. I have written a whole, whole lot of stuff. In the last ten years I’ve written essays and doggerel and 1200 blog posts and four and a half novels and three other books. I suppose all of it would fit neatly in a small thumb drive with room left over for Wikipedia and the Word Of God but that just makes me sad.

The immediate spark to the fretfest was the notice, on my laptop, that I had not had a backup to the external hard drive for several days, and I should plug it the heck in. Well it was plugged in. Which means it wasn’t sucking out data anymore. Typical middle of the night solutions include introducing some sort of virtual lactation coach to sturdy up the USB connection. After I turn that one over for a half hour trying to find the flaw, I move on to other solutions, such as unplugging the hard drive and putting it in the freezer.

This is a solution cooked up in the midnight cauldron of memories, to wit: (1) unplugging things has a disciplinary effect, plus (2) Dave once put the smoke detectors in the freezer when they all went off in the middle of the night. (He then put in fresh batteries and reinstalled them in the morning, and he’d only put them in the freezer because we wouldn’t hear them in there, but I never made the full loop on that solution, and tend to believe, at 3am, that freezing things teaches them a lesson.)

I am paying for a backup service on my desktop computer. I don’t know what it does, really. Could be I’ve hired a group of ladies to sing Ooo, baby baby behind me. But the service does send me periodic messages, and they do ask me for more money when it runs out. I visualize all my stuff floating in the air somewhere over the midwest and trying not to bang into trolls. My hope is that when my computer crashes they will hork all of it up like a hairball and roll it back, but I really don’t know. Unfortunately, I’ve almost quit using that computer in favor of the laptop. Does my backup service know to back up my laptop too? I can spend hours in the middle of the night trying to figure that out. Sure it does! My two computers don’t talk to each other, but that’s a normal sibling thing! Anyone from the outside could tell they’re family!

Followed immediately by: of course it doesn’t know. Not only that, but Everything I Ever Wrote is probably draining out of my laptop right now in the middle of the night, out of the little holes the hard drive is no longer plugged into. That’s how it happens.

Morning. Two cups of coffee. All is clear. I contact the backup service and add my second computer and give them some more money. Took five minutes. Now to solve that damn Trump thing.