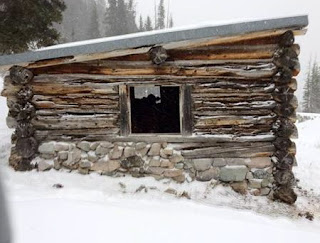 It is my duty to report that there is a herd of frozen cows inside a little hut in Colorado and there’s talk of blowing them up. It’s an old abandoned miner’s hut, and only recently someone made his way up there and noticed, to his surprise, that it was filled with frozen cows. It is assumed that they wandered into the cabin and then couldn’t find their way out. They starved to death after running through the stale Cheez Doodles from the summer hikers and then they froze solid. Which presents a disposal problem. Someone has suggested that the cows might be removed using explosives. Well, the steaks couldn’t be higher. The situation will only get less attractive as the weather warms up. 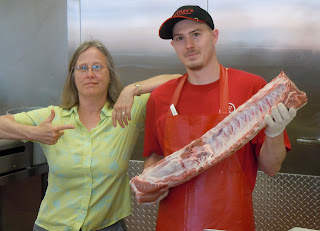 Lots of folks probably assume cows are really dumb to be unable to find their way out of a hut they found their way into, but this sort of thing is not unusual. We go wherever we’re attracted, and it’s difficult for us to take the long view and figure out what might be best for us. So the original cow probably wandered into the hut out of curiosity or to get out of the wind or check for Cheez Doodles, and the other cows followed soon behind, because cows find other cows comforting. Then they trudged around in circles for a while, but each time they passed the open door there was another cow right nearby and that was more attractive than going back out in the wind. The colder they got, the more they bunched up, and bunched-up cows have a tough time negotiating a narrow doorway. Eventually they trudged slower and slower until they iced over. Cows aren’t real zippy to begin with and it probably took a while to notice their condition, especially if they were still standing up. 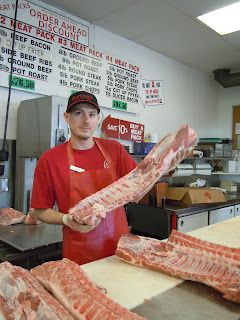 It’s the same deal with moths. It’s not in their best interest, but to a moth they will head towards the porch light like it’s a little moon, and it doesn’t matter how many of their peers have been burnt to lint. Theoretically they could quit at any time but they keep going for one more hit of juicy photons, and there’s no reasoning with them.

Or take dogs. Any dog tied to a tree with a twenty-foot tether will wrap himself around that tree until he has nowhere to go. I have yet to see one figure out how to free himself. Even a border collie that defuses bombs and plays chess in his spare time will find himself snapped right to the trunk of a tree and do nothing about it but pull and whimper. He wants out. That’s away from the tree. He’s not going to point himself in an unwinding position.

And us. People are supposed to be smart, but all we know is that we’ve screwed up big time, and we have just about run out of planet to destroy, and we’re in really big trouble, with our oceans wrecked, our fish depleted, our air poisoned, our systems falling apart. Our own muscles slide away, irrelevant, while we each wield the power of 500 horses as though it is our natural birthright. Right next to us is the warm cow of convenience, and we’ll never find the way out of our predicament no matter how obvious it is.

As for the cows, it seems to me that a posse of butchers with saws could take care of the problem in a way that benefits everyone, but since someone has suggested a detonation, that’s probably what we’ll get. I don’t know if it will work. I do know that whoever came up with the idea has a death grip on a Y-chromosome.