It’s Time To Light A Fire 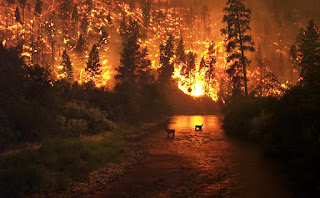 We just smashed the record for days above ninety in Portland, and we’re not even through August. The historical average is eleven 90+ days each year, unless you’re counting just since 2000, which would make it an average of 15,  or since 2014, which pops it up to 22 days, including the previous 2015 record of 29. Can you plot that trajectory, boys and girls? We are not happy. But there’s good news. It might not get quite as hot as predicted today because the wildfire smoke is blocking some of the sunlight. Awesome!

Today the sky looks like sun-bleached construction paper, the shade no kid wants to use. Our smoke is mostly coming from Canada and Washington at the moment but it could turn and drift up from southern Oregon and California, where we’re keeping our spare fires. California is basically cooked. But there’s good news. A lot of the fuel that had built up over the years has been torched so the odds are good that a massive fire won’t hit those particular spots again for a while. Awesome! 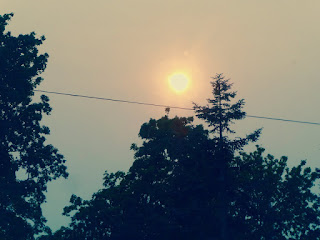 Wildfires, of course, are another anticipated result of the global warming that has been going on for, primarily, the last fifty years, caused by all the carbon we’ve porked into the atmosphere, and fire itself puts even more carbon in the air, as does the decaying vegetation left in fire’s aftermath; not to mention that the loss of the forests themselves takes away a perfectly good carbon sink that might have helped mitigate the whole clustercaca, so that’s a nasty greenhouse feedback loop for us right there. But there’s good news. Fire isn’t nearly as much of a carbon emissions source as our fossil fuel use. Awesome!

Yes, it’s mostly our fossil fuel dependence that has transferred enough carbon dioxide into the atmosphere to slick the rails to apocalypse. Methane is an even worse greenhouse gas than carbon dioxide, but good news! We can totally blame that on termites. Termites and landfills and intensive livestock farming (like when you pack hamburger-on-the-hoof so tight as to rub it bald), and the production and transportation of other fossil fuels, but don’t forget the termites, which are not only gassy but 100% natural. Also, a planetary bolus of methane is predicted to belch out of the Arctic any year now, because it’s in the permafrost and the permafrost is getting less perma all the time, because of the global warming we created, but good news! We won’t have personally put that methane in the air, or gotten any personal use out of it. That’s just a collateral-damage kind of thing, like dead civilians in an otherwise profitable war. 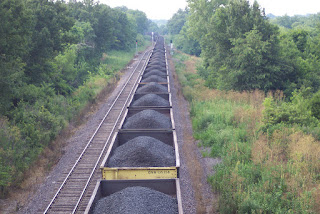 Yes, it’s true, people have kind of messed everything up, and even though many smart people have been aware of it for a long time and even know what to do about it, we haven’t done a single thing, because that would threaten perfectly good money, but good news! The human population is due for a nice culling any time now, what with all the buried legacy viruses that are expected to resurface because of global warming, not to mention the widespread droughts and famine, and loss of water, and war over dwindling resources.

In the face of the clear imperative to move away from fossil fuels as fast as possible, the acting president proposed the exact opposite policy, in statements spiked with random gratuitous insults and racist dog-whistling, delivered in the style of the stupidest kid in second grade–all in all, the most impacted shitwad of sheer brainlessness the world has ever seen, but good news! This probably isn’t the apex of imbecility after all!