Just Point And Shoot Me 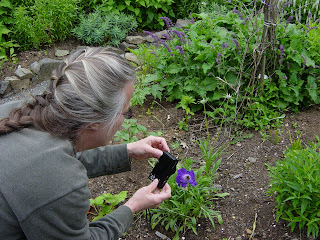 I’m not the sort of person who’ll replace a perfectly good camera just because something better comes along. Even it if got eaten by a wolverine, I might be inclined to wait it out and see how it cleans up. It’s my nature. The word you’re looking for is “thrifty.” 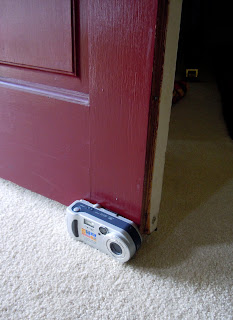 My old camera was one of the earlier digital models. What it lacks in slimness and capacity it makes up in paid-for-ness. But I decided to look into a new one in advance of my recent birding trip. The old camera did a fine job, but it would put out only a couple dozen pictures before it took to the fainting couch with the vapors, fanning itself with the effort. “Lawsy, Miz Murr,” it would say. “I do declare I couldn’t take another byte.” With most cameras, you can relieve this kind of congestion the same way you do with people (poke a stick in), but not mine. It’s too old. The folks at the camera store busted into giggles when they saw it, which annoyed me.
I explained to them that all I was interested in was a simple point-and-shoot without much in the way of features. I don’t ask much of a camera. “It would be nice if it were a little smaller,” I said, which caused the camera people to erupt anew. Wiping away the snot of mirth, they assembled a collection of matchbook-sized cameras for my perusal. I didn’t choose the very smallest one, which was the size of a Wheat Thin and could get Saturn into focus. But mine was way smaller than its own manual. For a person who is easily intimidated by features, this is very alarming. 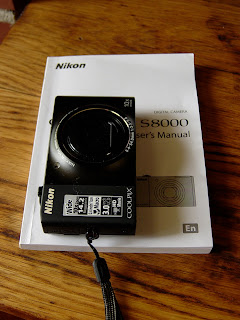 My old camera didn’t have many features, but it had at least one more than I’d been aware of, which I found out when I tried to take a picture of a flower and the shutter didn’t move. I put it down to a spent battery and walked towards the house dangling my camera. Later I emailed what I thought was a photo of an artichoke blossom to my family. It turned out to be a short video of me headed inside to go to the bathroom, and faded to black just as I got my pants down. I imagine my family did not know what to make of it.
So the new camera is sort of a point and shoot. Really it’s more of a point-consult menu-choose setting-install software-order takeout-fluff your pillow-and-shoot. I hunkered down with the manual with fear in my heart. 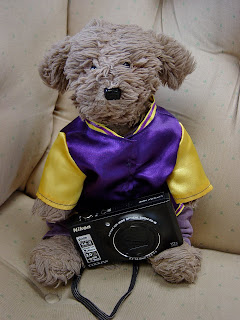 Having a camera like this for my purposes is like going to the marble halls of the Library of Congress to check out The Cat In The Hat. Lordy, do it have features. There are separate settings for day, night, sunset, party, beach, snow, volcanic ash probably, and that special gray area at dusk and dawn (the default Oregon setting). It can recognize human faces, which makes it handy as a vampire detection system. Once a face is recognized, the camera can be set up to not take a picture until the person is smiling. Think how long a battery would last in the Dick Cheney household! There’s a skin-softening feature. I’m not sure how that works but I think I found the hole in front that the lotion squirts out of. In the editing phase, you can get rid of a mole in less time than it takes to get Kaiser Dermatology to even answer the phone. 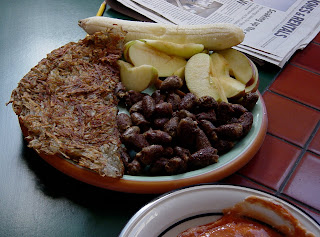 There is a food setting. A setting just for food. This might seem a little too out there except that, as it happens, I take lots of pictures of food. It’s always Dave’s food, because his food is always weird. Sometimes he makes a whole plateful of beige food. Sometimes his dinner looks like something a deer already ate.
There’s a museum setting. When the “best shot selector” is enabled, the camera will automatically veer away from the Thomas Kinkade paintings and focus on the floor registers.
There’s a fireworks setting. There’s a Blink Proof feature. I got a little sleepy towards Page 146, but I believe there is a setting that will replace the subject of your choice with Johnny Depp. But I made it all the way through the manual.
I wanted to know all the possibilities before I accidentally sent anyone my x-rays.
By Murr Brewster|2021-11-09T21:28:03-08:00June 16, 2010|Uncategorized|32 Comments