Just Relax And Enjoy It 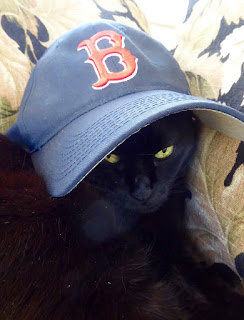 Apparently baseball is boring, and we need to speed things up a little if our pharmaceutical companies are to make any money.

I don’t think baseball is at all boring. Or, if it is, it’s boring in a way we could all use more of. It’s a Jane Austen novel in a twitter world. You should be able to go to the potty during a game and not miss anything. Baseball is a game in which something really exciting could happen at any time, but probably won’t. Just like life: and is it really healthy to be on constant alert all day long? It is not. Life and Cracker Jax should be savored.

Yes, it’s true that the Red Sox players’ beards are measurably longer at the end of the game than the beginning, but did you have anything more important to do than watch them? Maybe, but you’re not doing it.

Nevertheless, when it comes to baseball, the younger set is all Too Long, Didn’t Read. So we have new rules in place to help move things along.

Sure, Americans will watch soccer, even though no one ever scores and all they do is run around. It’s like watching an ant farm. If the players didn’t all have such nice butts there wouldn’t be any point to it at all.

Football? Please. You got one guy sprinting around while a bunch of men the size of major appliances jam into each other at close range. It’s like watching a human sodium atom and hoping it ionizes. 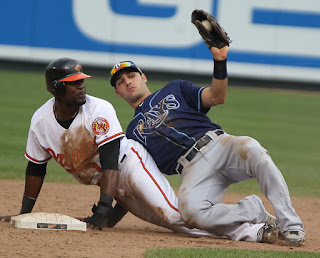 But baseball players get to wear pajamas, and some of them are shlubs, and they still make the majors. They’re relatable.

Well, I was dubious, but it doesn’t look like the new rules have ruined the game. For instance, now pitchers can take a limited number of practice pitches more or less coinciding with the commercial break but that’s it. Same goes for testicle rearrangement: if you’re a scratch player, you no longer get to do that all day long.

There’s also a new limit on visits to the mound, which is not as sexual as it sounds. Catchers, in particular, need to visit the pitcher on the mound upon occasion, when their signals get crossed up. It’s the catcher that chooses the pitch, because it’s his head in the strike zone, and he needs to have an idea where the missile is coming in. 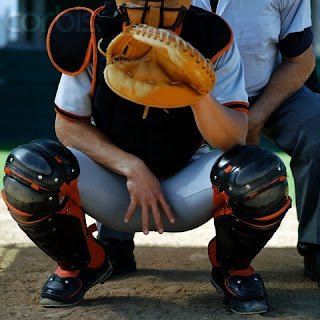 There is a camera on everything in the field. There’s a camera just to see what the pitcher is doing with his fingers inside his glove. When the umpires are called upon to review a play, they get super slo-mo camera work from every conceivable angle including the Space Station. And that is important because sometimes when you’re 250 pounds and you’re sliding into second, the planet spits you back. During that nanosecond of levitation, was the tag on you? Now we know. We have seen the view under your armpit. We have seen your pants flap and your cheek pleat up on the base. They’ve got cameras strapped to earthworms. Sparrows.

Notably, there’s always a camera pointing at the crotch of the catcher, where he’s fluttering his fingers in front of his nuts. Anyone could see what pitch he’s calling, but nobody wants to look.